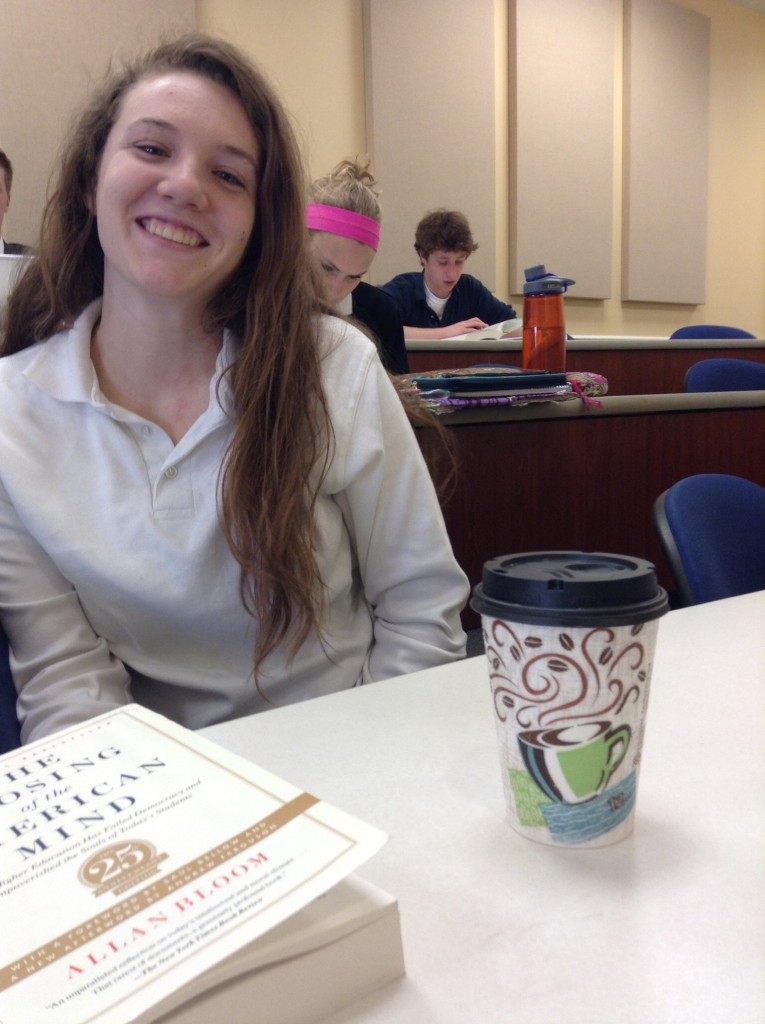 From the student who is rarely seen walking into school without a Starbucks cup to the student who avoids coffee and energy drinks at all costs, PA students’ caffeine habits encompass all the extremes and everything in between. Here’s a breakdown of the main arguments PA students have for and against loading up on caffeine to make it through the school day.

The main argument among PA students for drinking caffeinated beverages like coffee, tea, or energy drinks is that simply put, a daily dose of caffeine helps students stay alert throughout the school day.

“Coffee definitely helps me wake up in the morning,” said Eva Sullivan ‘14, who said she drinks around five cups of coffee per week plus at least ten cups of green tea.

Many other students agree that coffee is a good quick-fix for not getting enough sleep. For example, Scott Stankey ‘14 says the amount of caffeinated beverages he drinks depends entirely on how much sleep he got the night before, meaning on average he drinks three cups of coffee per week, and caffeinated tea on the days he doesn’t drink coffee.

“But I don’t drink on the weekends,” he said.

Nick White ‘14 agrees with Stankey about caffeine helping him stay awake during the school day.

“If I get six hours of sleep, then it helps,” he said. “If I get nine hours then it doesn’t. If I get too much sleep it just makes me jittery.”

Other pro-caffeine arguments include the purported health benefits of certain caffeinated beverages.

“Energy drinks are bad for you, but coffee is good for you,” Sullivan said. “It has antioxidants and caffeine speeds up your metabolism.”

The clear favorite when it comes to PA students’ caffeine fix is coffee, though it’s not completely uncommon to see a student carrying a Monster or Red Bull to first period. Other students, like Meghan Onserio ‘15 opt for a lower-caffeine beverage like tea.

“I drink at least three cups of chai tea per week,” Onserio said.

“I have never had coffee, ever,” said Andrew McIntyre ‘14. “I’ve never felt the inclination to drink it, and there are a lot of bad consequences of coffee.”

McIntyre lists some of the concerns many PA students have concerning caffeine consumption: it could cause unnatural sleeping habits, addiction, or a ‘crash’ later in the day.

“I don’t think coffee is good for you in the long-term,” agreed Maria Vogel ‘15, who puts the number of caffeinated beverages she drinks per week at zero.

“Do the espresso muffins at lunch count?” he asked.

Buehler puts the total number of cups of coffee he’s had in high school at less than 10, but says he drank more than half of those just in the 2013-2014 school year, his most stressful year to date.

“I’ve done just fine without it,” he said. “But it has saved me after some very late nights.”

A less common argument against caffeinated beverages, specifically coffee, is simply an aversion to the flavor.