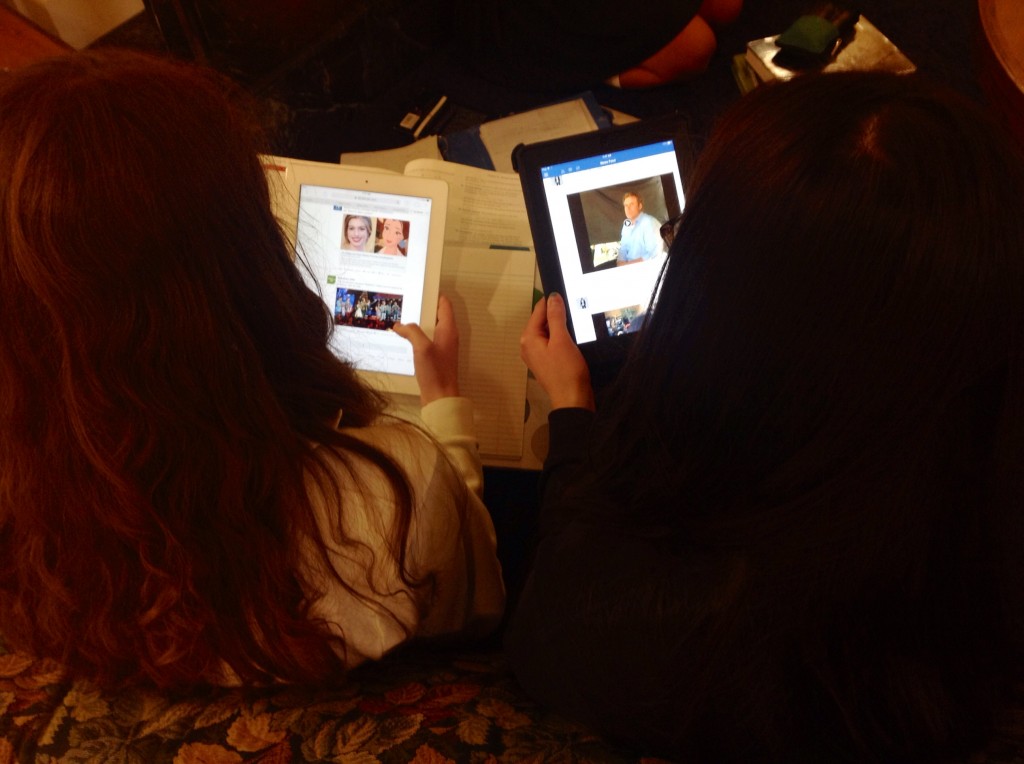 The last decade has been marked by an upsurge in the use of social media, where the constant checking and maintenance of different sites has become a norm. However, some Providence students are becoming irritated with the cons of social media, leading some to even deactivate their accounts.

Between Twitter, Facebook, Instagram and Tumblr, checking these sites daily is time consuming, and becoming even more so as people continue to make accounts. The distraction and time wasting social media creates are reasons people are becoming bored with it.

Christa Peterson’14 said,“I have not been on Facebook in months. There’s too many middle school girls on there putting up mirror selfies clogging up my news feed.”

By now, most people are accustomed to the fact that what you see on social media is only a glimpse of how someone’s life actually is. This realization takes away the excitement and pressure to be like another person based on what you see posted online.

“I don’t even go on social media anymore.” says Madison Lind ’15. “It has kind of lost its charm. People’s lives don’t seem as interesting to me anymore.”

More and more frequently, people are using social media as a means to passive aggressively vent about their daily problems with people. Doing this over Twitter is called subtweeting.

Kate Pulles’ 14 says,“There are some people who tweet three subtweets everyday, which gets annoying. It’s always really funny because you always know who the tweet is about.”

As news feeds are becoming filled with this deemed unimportant information, students are beginning to use these sites less, or are deactivating their accounts.

Eva Sullivan’14 recently deleted her Twitter account. She states, “I realized I didn’t care whatsoever about what other people were doing, and I didn’t understand why I would be putting what I was doing out there. I just find it kind of pointless.”

Even though social media has its cons, it remains a useful tool having many benefits. You can connect with your friends, and also find out about what events you missed.

Lind states, “I think people will always use social media, I think they will use it less frequently.”