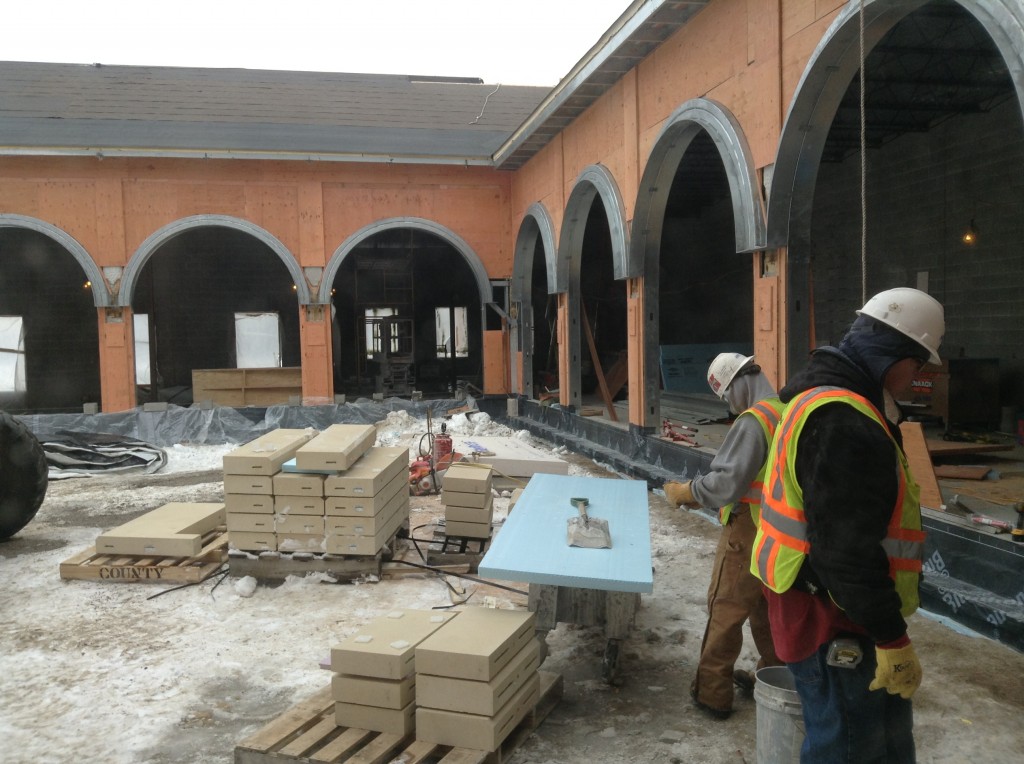 According to Headmaster Dr. Todd Flanders, The Link will not be completed by spring break.

“Let’s blame the weather,” said Dr. Flanders. “It has ground some of our progress on The Link to a halt.”

Dr Flanders estimates it will be done by the end of the school year. He says he would love to get going on construction of the athletic field in April.

We have reached our needs in funding for the athletic field and are hoping to have it finished by the beginning of fall sports next year. The performing arts center, on the other hand, still needs a little more funding. Dr. Flanders said: “We stand in need of just under $1.6 million. I would like to get that campaign wrapped up as soon as possible.”

Also coming up is the annual Spring Gala. This Gatsby-themed fundraiser will not be funding the capital campaign, but rather special projects: “Fund-A-Need will be focused on academics,” said Dr. Flanders.

Many students believe that Providence Academy is making all these improvements and “add-ons” to rival schools such a Blake and Breck, but Dr. Flanders has cleared up those rumors. He said, “We will be rivaled by no one… I really think we’re gonna have facilities that will be excelled by nobody.”

Dr. Flanders, along with many PA staff, have high hopes in these new facilities, and rightfully so. All three of these new additions to the campus will be inter-accessible. The performing arts center will be connected to the link, which will connect to the west wing. It is proposed that the performing arts center will tunnel over to the sports complex, meaning visitors will be able to access all three without going outside. This is very convenient for a school in Minnesota.

While the amount of effort and thought put into this project is extraordinary, even more extraordinary is the unique architectural design in the creation of these structures. These aren’t being built just to look good; the design will reflect Providence Academy’s philosophy of nature and liberty.

“There is no school in the Independent Schools Association that is as elegantly put together as this place,” said Dr. Flanders. “It costs some more up front, but the idea [is] to be in an environment that suggests something about human dignity.”

These new structures will distinguish Providence Academy not only architecturally, but will help exemplify the school’s values and virtues.

Lila Anderson contributed to the reporting of this story.