It’s that time of year again. Mardi Gras is over and Lent has begun. This season of fasting and waiting started on Ash Wednesday and will last until Easter on April 20th.

Until that time, people will be fasting and doing other acts in preparation for Easter. And so the question arises, what will I be doing for Lent?

Of course, the common thing to do is to give something up for Lent. But what to give up? J.P. Flanders ’14, says that you should give up “stuff you enjoy”, but not stuff that is necessary.

Some students give up food. Frances Christianson ’14, has given up chocolate before, but claims that it was not easy to do. Allie Wooden ’14, suggests not eating between meals and giving up sweets. 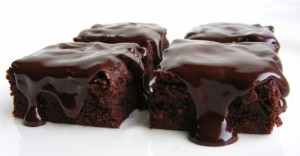 Others give up fun activities or technologies that they enjoy. One example from Vince Sellner ’14 is to give up Facebook. He says that deleting the app makes it a lot easier to do.

Of course, giving up some things are harder than others. Some of these include giving up hot showers or even giving up your bed.

But there are other things to do during Lent than to give something up. An example of this would be going to the Stations of The Cross. This is a service that walks through the events of Christ’s Crucifixion and death, and only occurs in Lent. Other ideas would be to go to daily Mass, or to say the Rosary every day.

As history teacher Mr. Kevin Keiser says, “Think of that one thing that you don’t really need, but has become something that you presume is a part of your day and see if you can remove it for 40 days. “