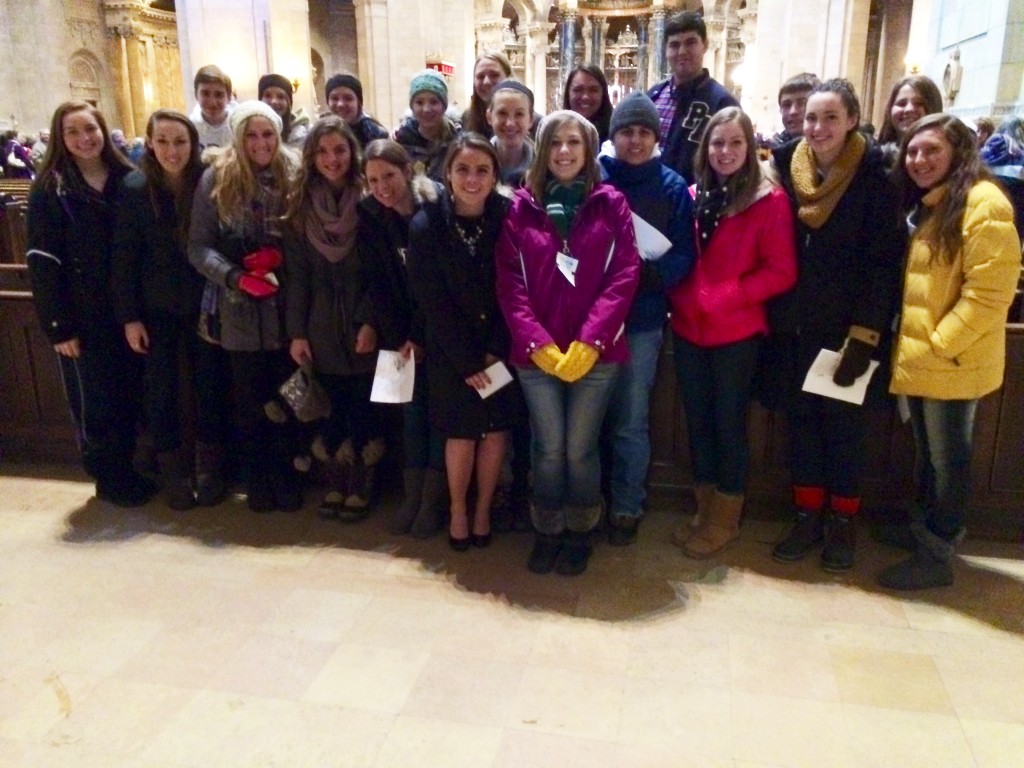 Wednesday, January 22, marked the 41 anniversary of the supreme court decision, Roe v. Wade, that made abortion legal in the United States. Every year since 1973, a “March for Life” has taken place in Washington D.C., and it has spread around the country and to Minnesota where, every year there is a march from the Cathedral of Saint Paul to the capitol building in St. Paul. The Lions for Life club at Providence participated in this event every year. The Lions for Life club is a Pro Life club at Providence and has participated in the March for Life in years past.

Twenty one PA students attended the march this year. Anna Clipperton ’14, is a member of the Lions for Life, and got the opportunity to say the first reading in Spanish at the prayer service before the march.

“It was one of my biggest high school accomplishments to do the first reading in Spanish at the prayer service prior to the march to the capitol,” said Clipperton ’14, “I was very nervous to give the speech, but I felt so blessed to partake in an event about the pro-life message. To look out from the pulpit and see thousands of people, many of which were my own age, was so beautiful, because we need ambassadors to help spread the message about the gift of life.”

“At first I was nervous because it was supposed to be an extremely cold day and I didn’t think I’d be able to last very long in the cold. But then once we got there I realized that we were fighting for life and that I should be thankful to be here, fighting to protect life,” said Ramsay ’16, “seeing all of those people all supporting the same cause was an incredible experience I won’t forget.”

Daniel Tawil ’14 is the vice president of the Lions for Life club and he recently wrote about the experience in the Lions Pride.

“It was really inspiring to see so many other people who believed in the same cause in the same place. It helped me realize that I am part of a much greater movement,” wrote Tawil.  “In the end it encouraged me to continue fighting for life, and that what I was doing was making a difference, even though I’m only a high schooler.”

Tawil wrote that the March for Life was a very inspiring event that made people think about the value of life.

“Being able to share this experience with my peers was very rewarding,” wrote Tawil, “and I’m excited to see Lions for Life continue this tradition in the future.”