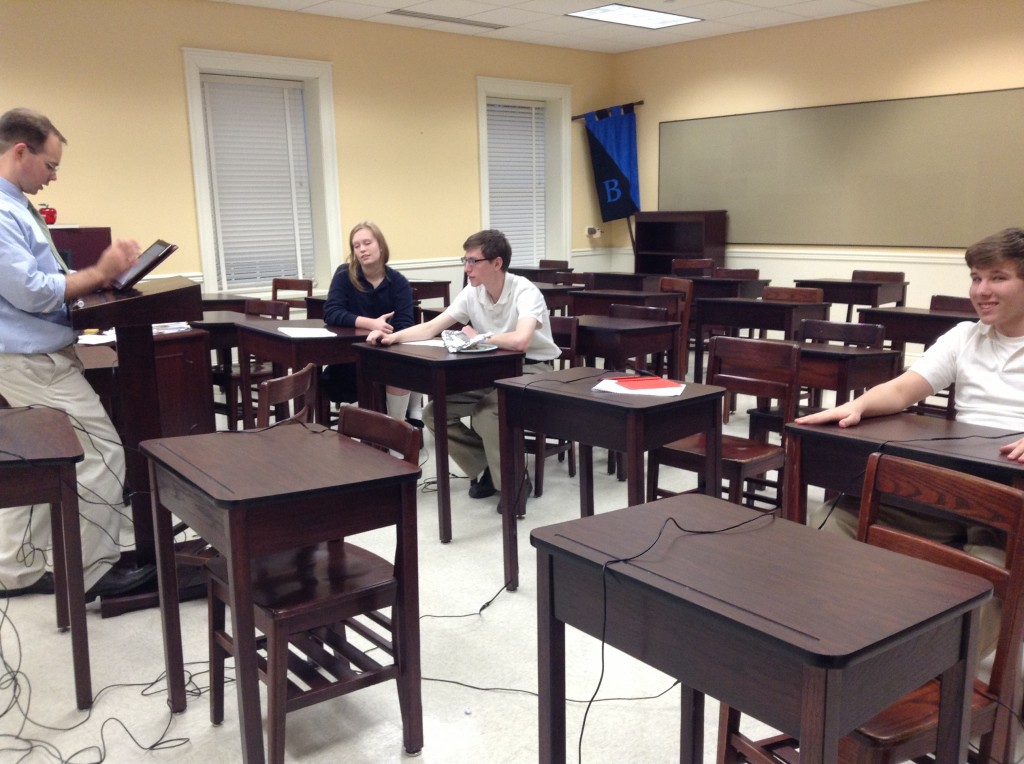 The club, which started this year, consists of twelve members so far with four members per team, making up three teams.

“Even though we have groups the members have to bring in for themselves,” said Mr. Kevin Keiser, the club advisor

These members meet every Mondays and Fridays after school and every Tuesday mornings.

Though meetings are encouraged, Mr. Keiser states that “We are laid back, sometimes students don’t make it to all meetings.”

“Quiz Bowl is an academic competition for schools all over country,” says Mr. Keiser.

Like any sport, Quiz Bowl has competitions. These competitions consist of Invitationals which are on Saturdays and run through the entire day. They also have League nights, which run through three evenings for about three hours as from 6:00pm to 9:00pm. Last but not least they have the playoffs.

During the invitationals and playoffs the top sixteen teams advance to the Nationals, which will be held in Chicago next year. On their last invitational on November 9th the club was so close to going to the Nationals when they placed seventeenth. But all hope was not lost for the club; a light could be seen at the end of the tunnel.

“It was an overall success,” says Rachael Maguire, one of the club members.

“Anyone who enjoys trivia and quiz games and in 9th to 12th grade is allowed to join,” says Mr. Keiser. With time still left to join and more competitions coming, everyone is welcomed to help keep the High School Quiz Bowl dream of reaching the finals alive.