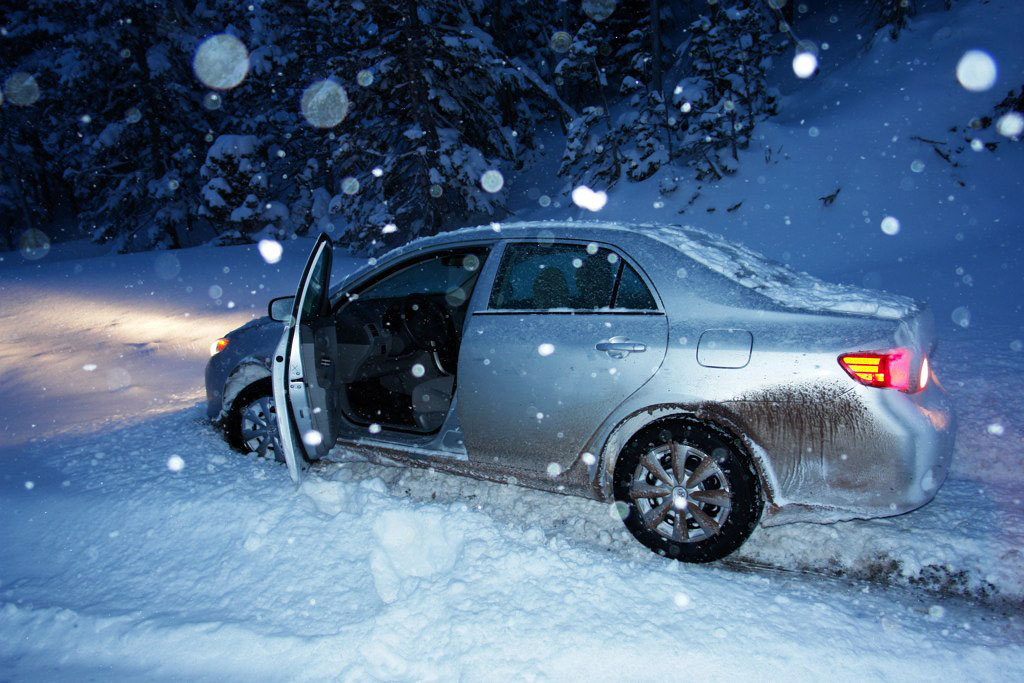 I have gotten into two official car accidents since getting my license in 2012. Coincidentally, they both happened within a month of each other and were due in part to my giant red Suburban going ice skating along Vicksburg Lane.

The first incident involved me hitting my friend’s Lexus who narrowly escaped ramming into my other friend’s Jeep. We were on our way to Lifetime Fitness after school, and I didn’t exactly end up at the gym that afternoon. Her car was dented up and the bumper needed to be replaced, but my truck was spotless. My parent’s wallet was not.

And then, three days before my 17th birthday in February, I rear ended a brand new BMW while merging onto 55. It was one of those moments where you look at yourself in the rearview mirror and say, “Really… really?”. This time, my truck’s lights were taken out and my pride was shattered. I’m still paying for those expenses, and it’s nearly been a year.

When the snow finally melted for good in the spring, I breathed a sigh of relief. It’s not that I’m a bad driver, it’s just that I was never fully prepared for the driving conditions in Minnesota during the winter months. It was my first winter with my license, and it was a learning experience. Well, an expensive learning experience. This winter, I’m determined to keep my truck in mint condition, and I’m hoping I’ll know how to avoid issues regarding the wintry roads due to my experience last winter.

1. Drive slowly: Even if people pass you on the roads and give you death glares, it’s worth it. When I’m driving on roads that have just been dusted with a fresh coat of snow, I try to drive below the speed limit. That being said, you should probably leave a few minutes earlier in the mornings for school than you usually do to give yourself a comfortable amount of time to arrive.

2. Stay as far behind the car in front of you as possible: This is a lot of people’s downfall, including mine. You don’t realize how quickly your tires will lose traction and send you sliding forward with no way to stop. Stay three to four car lengths behind the person in front of you, and that way you’ll have time to react if you go automobile ice skating. Also, know how to recover from skidding. You’ll only understand your car and how it works in the snow and ice if you practice in an empty parking lot with adult supervision. It’s actually pretty fun to have your dad coaching you on how to skid around and recover again and again and again until you have it down to a T.

3. Warm up  your car for a few minutes before driving: Not only will you be more comfortable and your hands won’t be numb while you try to turn the steering wheel, you’ll also be able to defrost your windshields. Sometimes I even get my 13 year old brother to go out and turn my truck on to warm it up for me while I’m getting ready for school in the mornings. There have been a number of times where I’ve climbed into my truck and the windshield has been iced over. However, I’m in a hurry to get to school on time most mornings, and I’ll start driving with limited visibility. I do not recommend this. It is an accident waiting to happen.

Take my advice and be careful this winter season. Your cars, your parents, and your wallets will thank me.

One Reply to “Opinion: PA student shares her own crash course in winter driving”