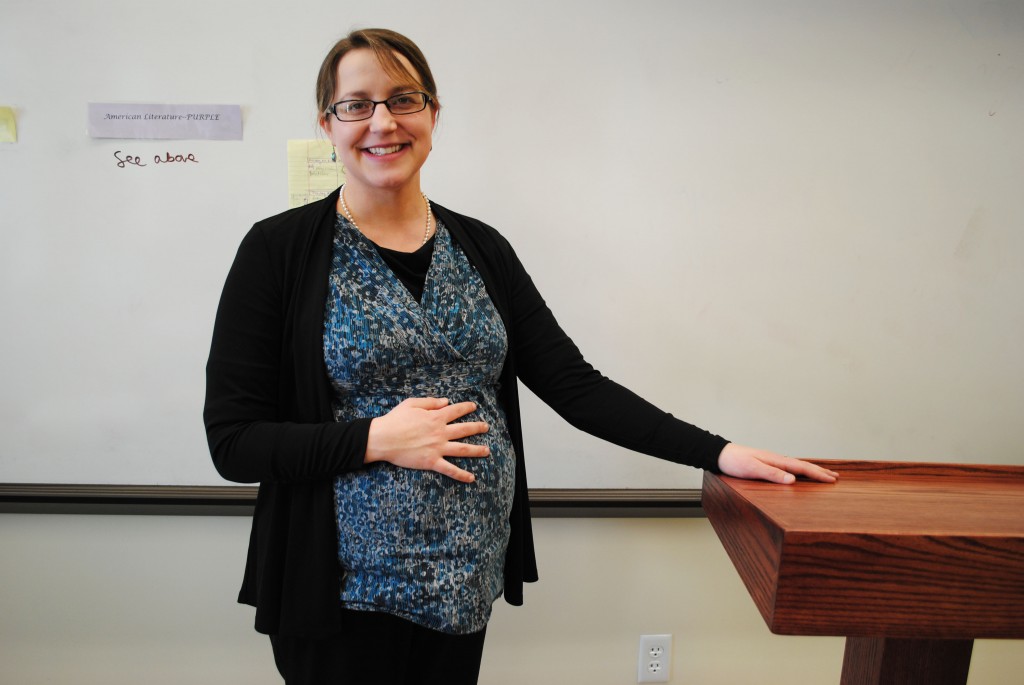 In the midst of the Christmas season, a few Providence Academy teachers have something to be extra joyful about.

Mr. David Harman, Mrs. Nicole Schafer, and Mrs. Laura Leonard are happily awaiting new additions to their families, each of them expecting their second child.

Mr. Harman, Upper School Dean of Students and History teacher at PA, and his wife are expecting their baby on March 4th, 2014.  Although they would like to find out the baby’s gender, Mr. Harman says he and his wife are not sure whether they will be having a boy or girl. However, they are prepared for whatever it will be and have come up with names for each gender.

Mr. Harman and his wife also have a son named David who is almost two-years-old. They have recently started introducing the idea of a new baby to him.

“He [David] partially understands the idea of a new baby coming, but his main concern is whether or not he will have his own toys,” Mr. Harman said. “However, I think when the baby comes, David will enjoy his sibling.”

Mr. Harman said, “We are delighted to have a second child and are very happy to have a healthy baby, whatever the gender may be.”

Mrs. Schafer, Spanish teacher, and her husband are expecting their baby on May 16th, 2014.

Although it is too early to tell, Mrs. Schafer would like to find out the gender of her baby. She and her husband have already started picking out names for each gender. She says they are almost 100% decided on a boy’s name, but still have to narrow down a girl’s name.

“We don’t tell names in advance,” Mrs. Schafer said. “No one is rude when you introduce a beautiful baby with a name they don’t like, but if you tell them the name ahead of time it can be awkward. Fortunately we didn’t have that experience, but we have friends who did – not fun. The names we have on our list are a combination of family names and other favorites.”

Mrs. Schafer also has a young daughter named Helen who is excited for the baby, but doesn’t understand why they have to wait so long. Mrs. Schafer says she has an app that shows the baby’s development week by week, which makes her daughter a little happier.

Finally, Mrs. Leonard, English teacher at Providence Academy, and her husband are expecting their baby on February 24th, 2014.  They are expecting to have a baby boy, but are also prepared for the small chance that the doctors have it wrong.  She and her husband have had a girl name picked out for several years, but have no decision on a boy’s name yet.

Mrs. Leonard has a 3 year-old boy named Nathan, who is a little more perplexed than excited by the news of a baby.  However, she thinks he will be more excited once the baby arrives.

“Thank you to the many members of the Providence community who are praying for us,” says Mrs. Leonard.  “We appreciate all of your prayers.”