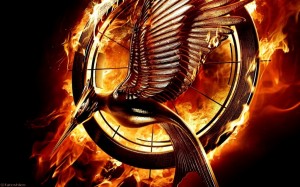 Looking for something to see during Christmas break? Check out The Hunger Games: Catching Fire.

A few years ago Suzanne Collins’ series, The Hunger Games caught the attention of director Gary Ross. “I read it and was as taken with it as everyone else…I shut the book and instantly knew that I wanted to do the movie,” said Ross. Ross’s film premiered in March of 2012. There are three books in the series though The Hunger Games will be made into four movies.

Francis Lawrence directed the second movie, The Hunger Games: Catching Fire. Movie-goers this past weekend took place in the biggest November opening of all time and the fourth biggest debut behind The Avengers ($207.4 million), Iron Man ($174.1 million), and the final Harry Potter movie ($169.2 million).

The movie calls itself Action/Adventure and achieves just that.  Unlike the first movie, The Hunger Games: Catching Fire is not dominated by the necessary fighting of the games. As a result, the movie is just over 2 hours (133 minutes) yet never feels long.

Though his name may not ring a bell, director Francis Lawrence is respected in the field. Lawrence has extensive experience in the music video industry even earning a Grammy for his work on Lady Gaga’s  music video “Bad Romance.” He directed the movie Water for Elephants and the Fox television series Touch. Lawrence has already been asked to direct The Hunger Games: Mockingjay – Part 1 and The Hunger Games: Mockingjay – Part 2.

Collins’ enrapturing story was made possible by the above average cinematography that Jo Willems employed. The blue-grey set and costumes worked together to place the viewer Everdeen’s home,  Pan Am. However, with cliche victory tunes and disengaging instrumentation, James Newton Howard’s music score was disappointing.

The Hunger Games: Catching Fire boasts a star-studded cast including Josh Hutcherson as Peeta Mellark, Liam Hemsworth as Gale Hawthorne, and Jennifer Lawrence as protagonist Katniss Everdeen. Lawrence’s impressive resume includes an Academy Award, a Golden Globe Award, and Screen Actors Guild Award. After seeing Catching Fire, it’s not hard to see why; Lawrence’s performance is effortless and poignant, she is as shocked at Pan Am’s atrocities as the viewer is and her painful goodbye isn’t hard to relate to. Though the movie may not be up for any awards in the upcoming season, Lawrence’s performance alone certainly garners respect.

Backed by an intriguing tale, solid technical elements, and an accomplished cash, The Hunger Games: Catching Fire beckons you this holiday week. May the odds be ever in your favor.