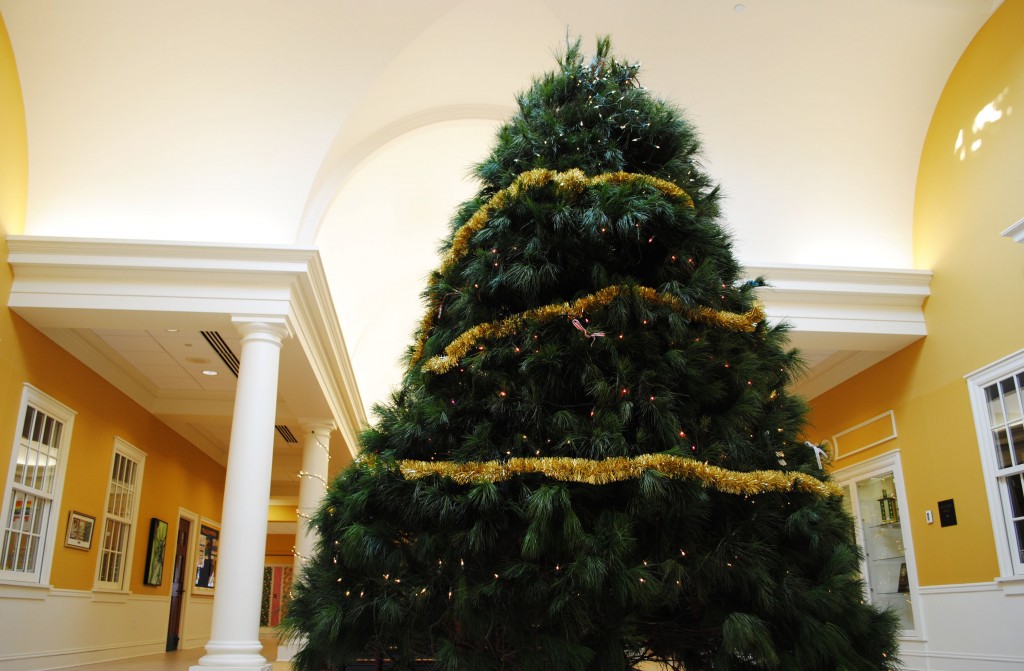 The Christmas season is primarily marked by the spending of time with family and friends, celebrating the birth of Jesus. While those aspects remain the most significant part of the holiday season, the month of December would not be the same without singing along to your favorite carols, or by watching holiday movies on a cold winter night. The works below are some Providence students’ favorite albums and movies when the holiday season rolls around.

Michael Buble; Christmas – Singer, Canadian, Emmy winner, brings girls to tears- no I am not talking about Justin Bieber. Jazz Artist Michael Buble is a Sinatra sound-alike who came out with his Christmas album in 2011.

Nick Pruden’14 states, “I love Michael Buble. It has all my favorite Christmas songs on the album and I listen to it all of the time.”

The most popular songs featured on the album are the White Christmas duet with Shania Twain, and It’s Beginning to Look a lot Like Christmas.

Mariah Carey; Merry Christmas – Vocal powerhouse Mariah Carey released her Christmas album in 1994. It then became the best-selling Christmas album of all time. The timeless songs Carrey sings are perfect to play when your guests are over for holiday events.

Nicole Ogren ’17 states, “ I just love her voice and my favorite Christmas song is All I Want for Christmas is You.”

Advice- All I Want for Christmas is You is the one Christmas song socially acceptable to sing any time of the year.

Scotty McCreery; Christmas with Scotty McCreery – In 2011, country singer Scotty McCreery charmed his way to becoming that years American Idol winner with his gentlemanly  manner and deep southern drawl. His Christmas Album is a new favorite, and appeals to country fanatics alike.

Allie Wooden’14 states, “There’s this one song in his album called Christmas in Heaven that I love. His album is a lot different then the typical albums you hear during the holidays.”

How the Grinch Stole Christmas – When a beloved Dr. Seuss book becomes an animated movie, it is sure to become an instant hit. In just 26 minutes, we witness a change of heart in the Grinch, who eventually learns the meaning of Christmas. With a catchy song by the Whovilles, and a cute dog named max, the Grinch is a perfect movie for a variety of ages to enjoy.

Paul Stankey’17 states, “The Grinch is a classic, we watch it every Thanksgiving. Not the version with Jim Carrey- that one is weird!”

National Lampoon’s Christmas Vacation – This movie is about your average suburban family dealing with the challenges their in-laws present during their holiday visit. Everything goes wrong for the hosts, making Christmas anything but enjoyable for the family. This comedy is a good break to escape the stresses of the upcoming final exams.

“Chevy Chase is hilarious. My favorite part is when the Grandma is saying grace,” states Luke Ziesmer ’18.

Frosty the Snowman – Who didn’t want frosty as a best friend at one point in their lives? Although this movie gives you unrealistic expectations of how exciting snowmen could be, the magic of this movie has carried on since 1960.

“He’s a big Snowman who comes alive and I thought that was so cool when I was younger,” states Connor White ’15. “It’s still my favorite Christmas movie.”

You are never too old for Frosty.