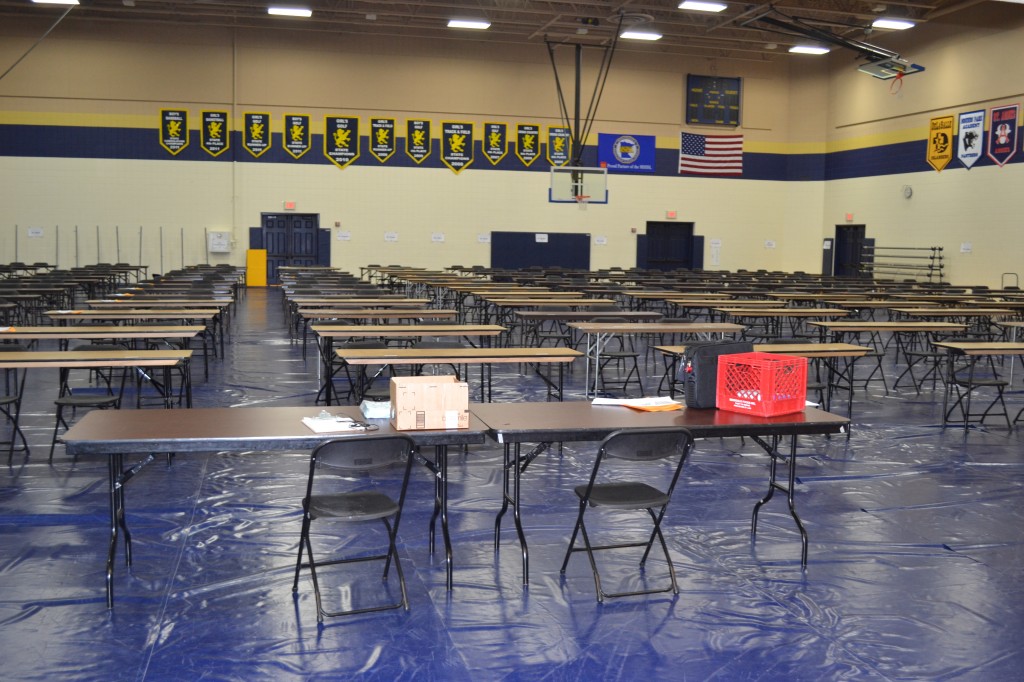 It’s that time of year again. As school lets out for Christmas break, students push to the back of their mind what is awaiting them upon their return to school: finals.

Every single year, twice a year, every high school student at Providence Academy takes these hour-and-a-half-long tests. While the format of the tests are the same every of the four years students take them, students’ perceptions of these dreaded end of the semester tests change as they become more experienced.

Seniors, who have completed a grand total of 6 rounds of finals, are looking forward to their last set of finals in the notorious big gym. But freshmen have never taken such long finals in the forest of two-person tables and blue-rollout floor covering. The differences in attitude between the veteran seniors and the rookie freshmen are surprising.

On one side of the spectrum, senior Patrick O’Sullivan ’14, says, “Seniors accept and don’t care that they’re going to fail in that cold dungeon called Gym A. Freshmen don’t know they are going to fail yet.”

Thankfully for Sellman, O’Sullivan’s opinion is not shared by all seniors. Frances Christianson ’14 says that she is “totally relaxed” about finals, though she will study.

But other freshman still worry a little bit more than Sellman does. Alexandra Lee ’17 and Brynn-Monet Potter  ’17 said they will be nervous as finals arrive and specifically expressing fear that  they “won’t finish the test”.

These freshman can take some comfort from the experience of the seniors. Allie Wooden ’14 says, “Freshmen get way too scared. I used to when I was a freshman. But now, looking back, it’s not that big of a deal. Honestly, they don’t even affect your grades that much.”

This does raise the question: How important are finals and how much does a student have to worry about them? Well, mathematically speaking, finals are worth 20% of a student’s semester grade, which is the only grade that shows up on a report card, so finals appear to be a significant portion of the semester grade.

According to Mr. Michael Tiffany, Dean of Academics, “When you do the math, exams are not as significant as you may think.”

He goes on to explain how usually students’ semester grades are consistent with their average test grades from the semester.