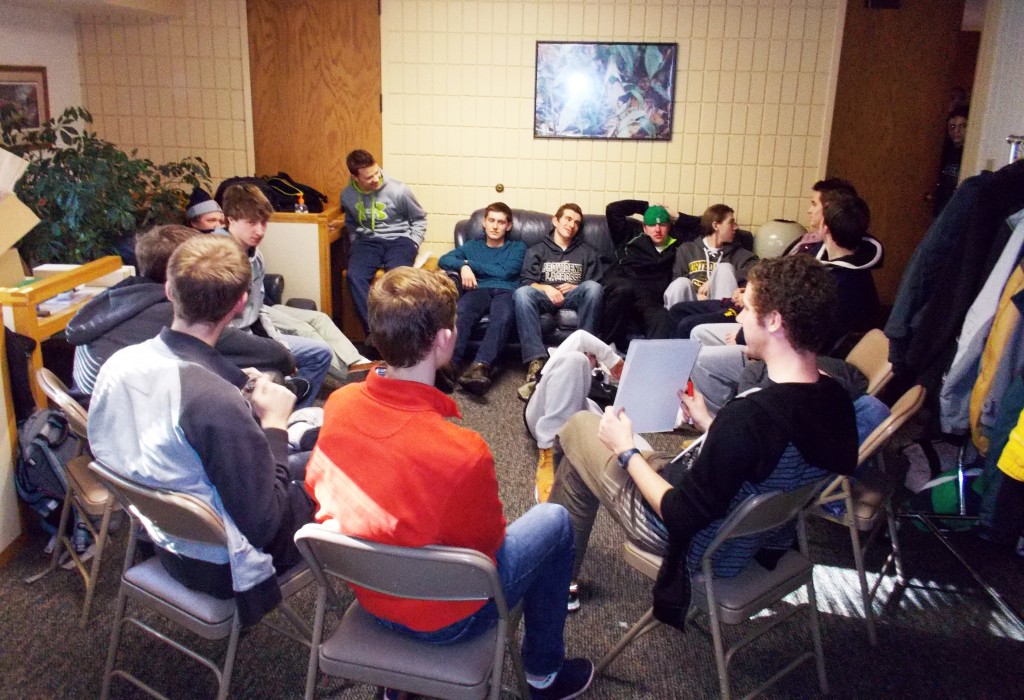 This year the class of 2014 participated in the annual “Senior Retreat”. This retreat is hosted by the NET team and Mr. Richard Carrillo, and is designed to prepare seniors for faith life after high school and into college.

All students had the opportunity to stay over Thursday and Friday night, but only a small fraction of the grade did. Some students didn’t feel it was necessary, some had to work and others had sports. Whatever the reason, students who stayed at the retreat longer say they got more out of it.

Allie Wooden ’14 who didn’t stay the two extra nights stated, “I didn’t get as much out of it as past years because it was so short.”

The day retreat consisted of a few short games, NET testimonies, small groups, and student testimonies. NET testimonies is when members of the NET team present to the senior class their own personal stories and how they either converted to the Faith or when they realized they weren’t living for their faith and decided to change. Small groups are a time for a group of 6 or 7 seniors of the same gender, and one NET member, to discuss their own personal struggles in their faith life. Student testimonies was when students were given the opportunity to present their own personal conversions. Only a few brave seniors stepped up to the task, but this part was arguably the most moving part of the day.

Frances Christianson ’14 also stayed the night and said that her favorite part was when she, and her small group, were blindfolded and held a discussion. The goal of this exercise was to eliminate the distraction of their eyes and focus on listening to each other. They were then led (still blindfolded) into the chapel. Christianson stated that once in the chapel, “It was so quiet I felt like I was in the middle of the Universe.”