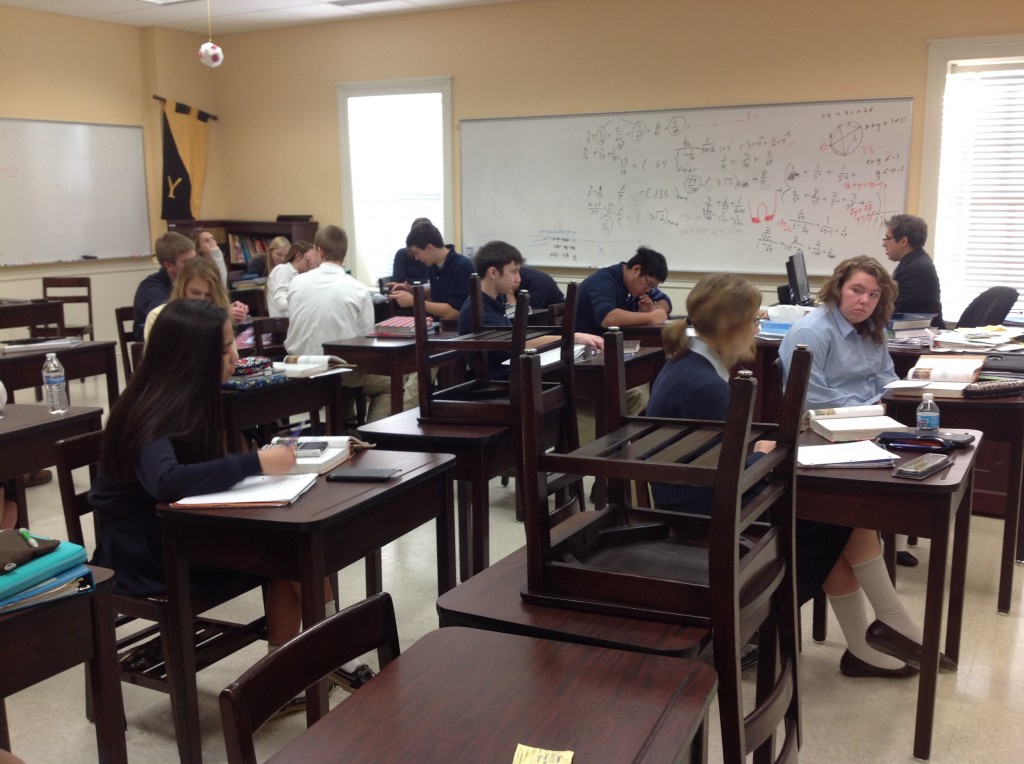 In a normal class, the students would take notes and listen to lectures and once they go home, they would complete an assignment. A flipped class switches the tasks: a student watches a video at home and, in math teacher Mr. Ben Blackhawk’s class, completes a five or ten point quiz afterwards. Then the student does “home”work the next day in class. (Click here for a link to one of Mr. Blackhawk’s videos.)

As of this school year, Mr. Blackhawk’s regular geometry classes are the only classes in the school to be flipped. He states it is a lot harder than running a nonflipped class because a flipped class requires a lot of preparation. Last summer, he started filming the lecture videos and today, he frequently visits the studio to continue recording. Sometimes, Mr. Blackhawk barely finishes making the quizzes in time for the students to take them. He says that students have complained because the quizzes have been put up as late as eight thirty at night when they are due the next day.

“Those are the students who are most likely to come in after class to get help and it saves them time and it saves me time to get the questions answered in class,” he says.

Megan Elizabeth White ’16 says, “I find it more productive to learn the lesson during class where I can take notes and ask questions.”

Rachel Mohrman ’16 says she dislikes the videos in particular.

How many other schools are adapting flipped classes? At the last math meet on November 4th, 2013, Mr. Blackhawk was surprised that six out of the seven coaches, including himself, had at least one flipped class. Five of those six coaches have all of their classes flipped.