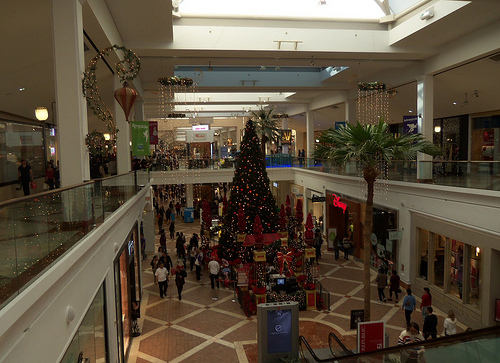 Everything for the Thanksgiving Feast is on the family table: the turkey, cranberry sauce, mashed potatoes and gravy, stuffing, sweet potatoes, green bean casserole, buns, and a myriad of pies. The only thing missing? The family.

Following an ever growing trend, many stores have been pushing the beginning of the holiday season before the traditional Black Friday start date. According to BlackFriday.com, the habit of shopping the day after Thanksgiving started in 1924. But nowadays, many stores are expanding Black Friday shopping and are opening their doors Thanksgiving night.

The question is, is this trend a good thing, or is it evidence that our consumerist society has taken over the other aspects of our life?

It would seem to be the latter. Thanksgiving day has been a long-standing tradition of the United States since President George Washington proclaimed it as a “Day of Publick Thanksgivin”, according to the National Archives. This oldest of national holidays was established in order to give thanks for what we have. Yet now we spend that day buying more things, in total opposition to the spirit of the holiday.

This habit is truly a sad thing. Instead of going out and buying things on the night of Thanksgiving, we should be spending that time giving thanks for the stuff we do have. In an era where people are finding it hard to spend time as a family, either because of distance or because of busy schedules, setting aside a couple of days a year to give thanks together and take a break from our busy consumerist lives is something we should make a priority.

However, does this also mean it is bad that businesses, such as Walmart or Target, open their doors late on Thanksgiving Day? Not necessarily.

The only reason businesses would open on any day or at any hour is if their is enough demand. According to Bloomberg.com, profits from 2011 were $11.4 billion dollars, which definitely shows businesses there is demand.If businesses think they can make a reasonable profit by opening a couple hours earlier then they will. After all, Black Friday originally got its name because stores would make a profit, so increasing this day by a couple of hours could mean more profit for businesses, which is a great motivation. Besides this, stores also have to take into account online shopping. According to Bloomberg.com, “The expanded hours also spurred online sales, which gained 39 percent on Thanksgiving and 24 percent on Black Friday [2011], according to International Business Machines Corp.’s Coremetrics”. So as long as the businesses aren’t doing anything illegal, and taking advantage of people’s own insatiable consumerist tendencies is not illegal, then there is no good reason why business shouldn’t open their doors on Thanksgiving Day.

Also, it is important to point out that many stores are opening their doors late on Thanksgiving night, usually after the feasting and family time is over. At that hour of the night, at 8:00 or 11:00 p.m., most people are sitting back in a food coma or deciding what to name their food baby.

So then, is the opening of stores on Thanksgiving night even a bad thing at all? Absolutely, but we should not blame businesses for the problem. Their policies reflect our habits, so the only thing we have to blame is ourselves. It is our constant need to buy and our obsession with money and material goods that has caused businesses to infringe on the holiday of giving thanks for what we have. In short, it is not bad that stores are opening early, but it is bad that we give stores the motivation to open early.

So while some people may find that they have nothing better to do on Thanksgiving than going out and shopping after a huge meal, it is a much better idea to stay home and relax for a day. Take the time to give thanks for the amazing opportunities that we do have in this country. Save the shopping for tomorrow.