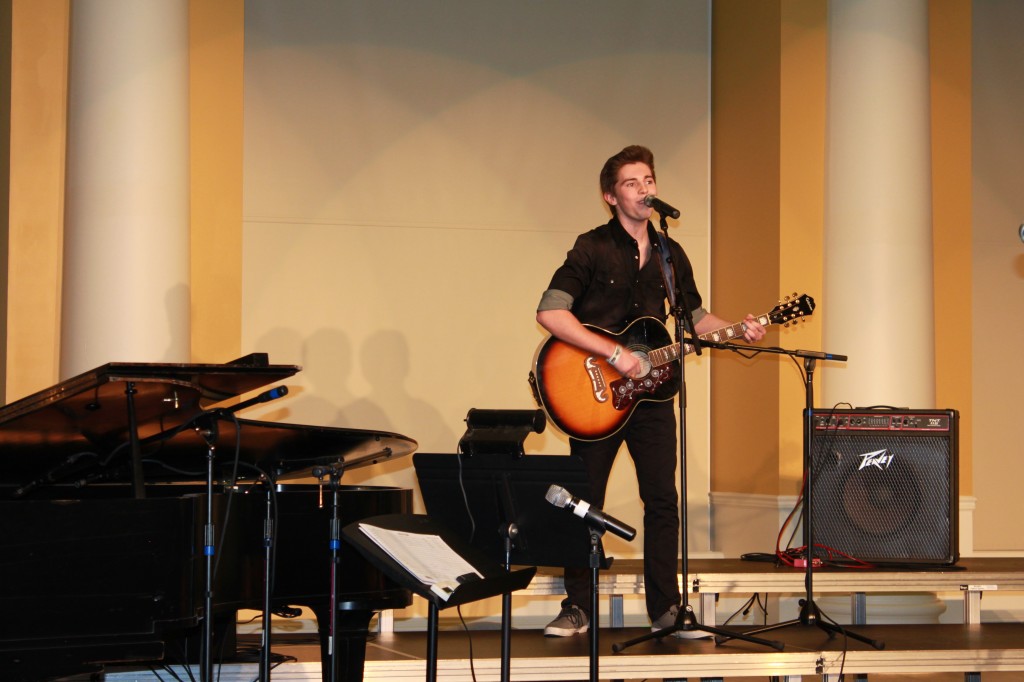 On Friday, November 15th, PA’s great room was alive with the sound of music, thanks to numerous musicians and singers that performed in this years fall coffeehouse.

Thirteen acts composed of Upper School students were performed for parents, faculty, and students that came to witness the array of talents PA students have to offer. This year, all students performing either played an instrument or sang. In past years, there have been comedy acts and dance routines in addition to singing and instrument playing.

Coffeehouse was kicked into action by the Jazz Band, followed by the NET team, which has made coffeehouse performances a NET tradition. This year they wrote an original song; a mashup of different songs describing their PA journey thus far, which caused an enthusiastic clap-along and laughs from the audience. There were two bands: an all girls sophomore band called “The Fellowship,” and “The Bored of Education,” an all boys band that wrote the two songs it performed.

Many performances were made up of a singer accompanied by an instrument, usually either a piano or a guitar. Rachel Casey ’15 and Noelle McCarthy ’15 took an unexpected route when they performed the “Sleep Song,” which involved Casey singing while McCarthy played the violin. Connor Killion ’15 as well took the road less traveled when he sang and played his guitar to a song he had written.

When asked what her favorite part of coffeehouse is she stated, “Seeing all the new performers.”

She felt that this coffee house was “A good one. We have had more performers in the past and a bigger variety of acts.”

Despite the smaller number of talents than is usually displayed at coffeehouse, Alexis Brown ’15 seemed to enjoy being a spectator.

“I thought it was a spectacular experience full of talent and beautiful people,” Brown stated.

Audio and video recordings of this years fall coffeehouse will be posted on PA’s YouTube channel. Here’s Irwin’s rendition of “Jolene”.