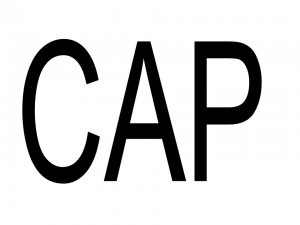 Providence Academy students and faculty have mixed feelings about the effectiveness of the school’s system for tracking student conduct, attendance and preparedness. The “CAP” program was implemented during the end of the last academic school year as a way to gather data regarding these areas of student life. Students earn a weekly grade in each category from each of their teachers. However, these grades do not impact students’ academic grades.

“I think its pointless,” comments McKenna Happke ‘14 of CAP.

However, in reference to the student forum held last week, Upper School Dean of Students Mr. David Harman said, “We are getting very positive feedback.”

“I like the concept and the goal of CAP,” said Dr. Ferdinandt. “I’m not satisfied with the implementation.”

CAP stands for conduct, attendance, and preparedness. Mr Michael Tiffany, as the Dean of Academics, is primarily concerned with preparedness and Mr. Harman, as Dean of Students, primarily concerns himself with conduct. This natural arrangement leaves no clearly designated leader for dealings with the attendance aspect of CAP. Mr. Tiffany said that he hopes for greater clarity in “the language surrounding attendance.”

Both deans acknowledged the necessity of attention to this matter.

Regardless of this, Mr. Tiffany and Mr. Harman agree that the new system benefits the student body.  So far this year, only five detentions have been held and the term “academic probation” has been reserved for more extreme situations.

In fact, Mr. Harman said that infractions cause “unnecessary confusion” and he hopes to “get rid of infractions for attendance.” Meanwhile, Mr. Tiffany intends “to make probation somewhat irrelevant or obsolete.”

But, are these measures being well received?

“From what I’ve been told,” said Kate Pulles ’14, ” its purpose was to help students, but I haven’t found this to be the case. Personally, I have never been on academic probation before this year… but it was because of the little assignments.”

“Kids who are already struggling are struggling more because they are getting behind. The people that it was intended to help, some of them are being crushed by it,” said Dr. Ferdinandt.

A decisive plan for dealing with issues concerning the preparedness aspect of CAP has yet to be determined.

“I think that the system has the ability to highlight the mission and code of this school more accurately than before,” said Mr. Harman.

Though some may disagree on the effectiveness of the implementation of CAP, Mr Tiffany assures the PA community.

“The system is much more effective in helping the student,” said Mr. Tiffany.