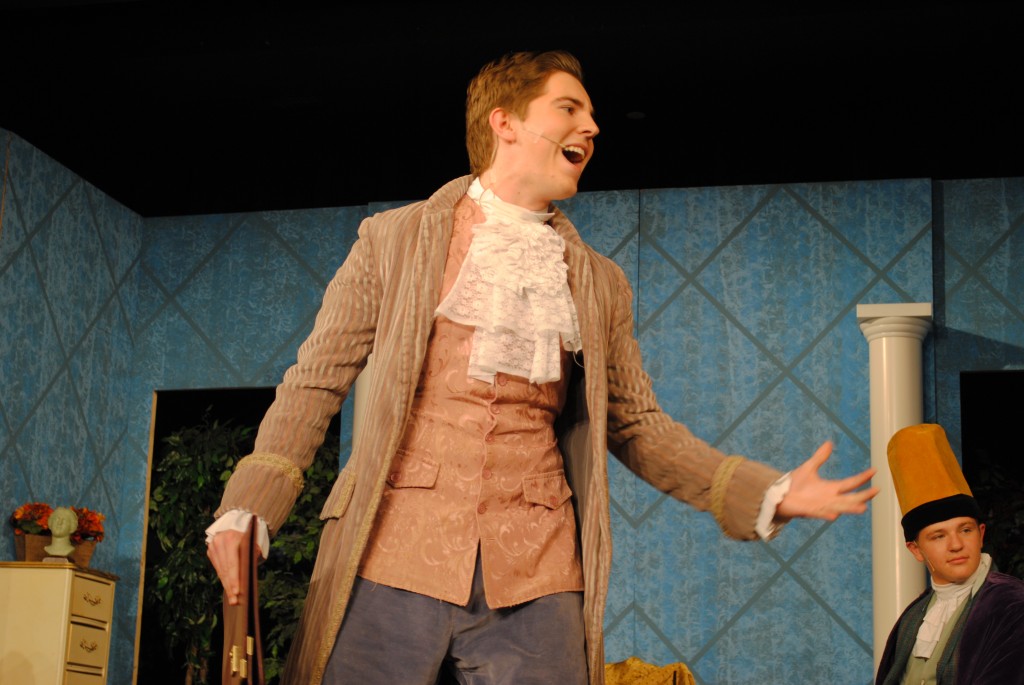 If you’re in the mood to watch an amusing, witty, facetious, clever and comical play, then come see The Imaginary Invalid.

The Imaginary Invalid was written by French playwright, Molière, in 1913 as a ballet-comedy. However, since that genre no longer exists, it will be performed by a cast of Providence Academy Upper School students as a comedic-play.

“The imaginary invalid is about a hypochondriac gentleman who thinks he is all sorts of sick, ” says Mrs. Melissa Simmons. “However, this ‘illness’ is all in his head, as the gentleman enjoys all the attention he gets from his doctors and friends.”

This year, PA’s theater department has welcomed new faces to the cast.  “We are pleased to have a couple of freshman boys and girls who we’ve seen in middle school shows, but this is their first time in the upper school world,” says Mrs. Simmons.  “We also welcome a couple of traditional theater students who we have not yet seen on stage but they have been involved for years, so it’ll be a fun cast.”

A unique fact about The Imaginary Invalid, is that it is the last play Molière wrote, and shortly after performances started, he died.  To add to the comical aspect of the play, Molière makes fun of himself throughout the play, causing theater critics to get a lot of amusement out of this correlation.

The Providence cast will perform The Imaginary Invalid on Friday, November 8th, and Saturday, November 9th. Tickets are $5 for students.

“Everyone should come, it’ll be a fun time!”, Mrs. Simmons concludes.