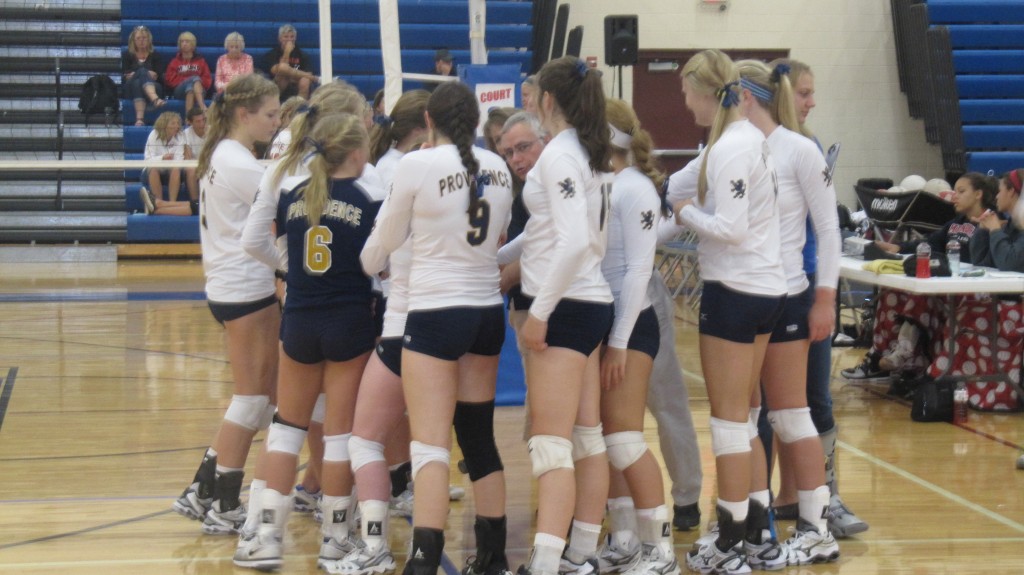 For the fourth consecutive year, the Providence Volleyball team faced Rockford in their first section game Thursday October 24th. This was the second time the Lions played Rockford in the 2013 season, narrowly losing to them during homecoming week.

Heading into sections, the Lions needed a different method of approaching this team in order for a chance at victory.

“We thought anything could happen out there. This time we were trying to play smarter and more scrappy,” states Maria Agudelo ‘16.

The girls lost 0-3, but each individual game was extremely close. The girls only lost each game by a margin of 2-3 points, so the match was closer than it appears to be.

For six seniors, this game marked the end of their high school volleyball career.

“It was really cool to play with the seniors, because each one of them had special things to give to the team. I will miss their energy and attitude, they were always there supporting and helping me be a better player,” states Agudelo.

Alex Dobos ‘15 sympathises with the pain the seniors felt after the lost. “When we were walking into the game I wanted to play my hardest all for them because I knew that they depended on all of us to keep going through sections. Once we lost I was really sad that it was my last game playing with them, but I knew that we had tried our best,” said Dobos.

Dobos believes that this is the closest any PA volleyball team has ever been. The girls personally see this season as a victory, and hope it carry this attitude into future seasons.

“Our team chemistry was actually the best I’ve ever had with a team. None of us would get mad at each other, and we never gave up, and when we’re off the court, we usually had team dinners before games, as well as team breakfasts and sleepovers,” states Dobos.