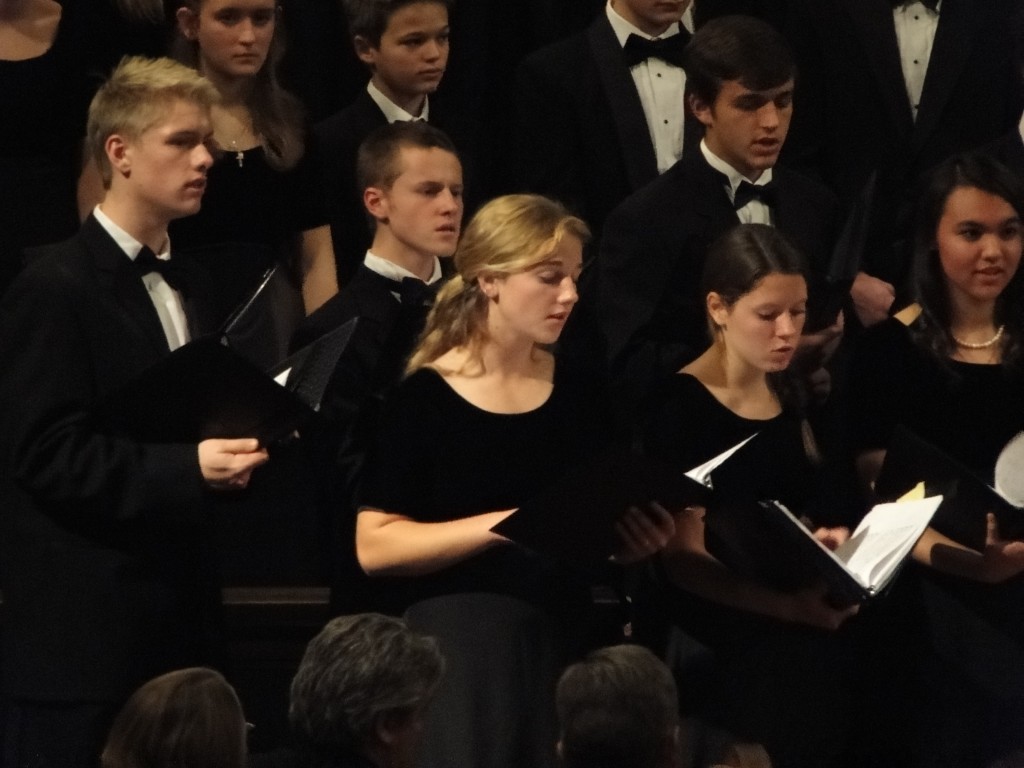 On a breezy Sunday afternoon, the voices of Providence Academy’s choir could be heard echoing off the large stone arches in Holy Family Catholic Church.

On November 3, the Academy Chorale, Chamber Choir, and Middle School Choir had their first concert of the year. The performance, named the Sacred Concert, was held at Holy Family Catholic Church in St. Louis Park. The date of the Sacred Concert, an annual concert that the Academy Chorale sings, was changed from the last concert the choir sings in the spring, to the first concert of the year in the fall.

But before the Academy Chorale took the stage, the Middle School Chorus, led by PA choir director Mr. Richard Carrillo,  sang Cantate Domini;  Non Nobis, Domine; and Hava Hallelujah.
This year, the Sacred Concert featured songs from Ancient texts. Highlights include Jauchzet dem Herrn by Felix Mendelssohn, which included a soli section sang by members of the Chamber Choir, a small group of students from the Academy Chorale.
The concert was well attended so that the majority of the Church was full of friends and family, including alumni. 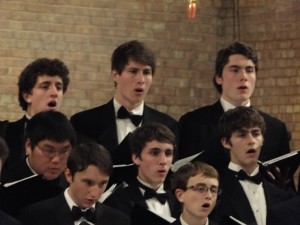 Faith Bartsch ’15, a senior member of the choir, commented after the concert on how it went from their perspective, “I thought it went fantastic. It is so fun to sing with my choir; everyone sounds so good. Mr. Carrillo has done so much with us this year, and it has definitely  paid off.”
Mr. Carrillo had a similar experience, saying “I was extremely pleased. I thought they did really well.”
The positive  reception extended past the performers as well. Father Joseph Johnson, a spectator and the parish priest, gave a similar testimony: ” I think it went very beautifully. It was obvious the students liked the music that they sung. And it is great that the sacred music program allows them to be exposed to so many great pieces.”