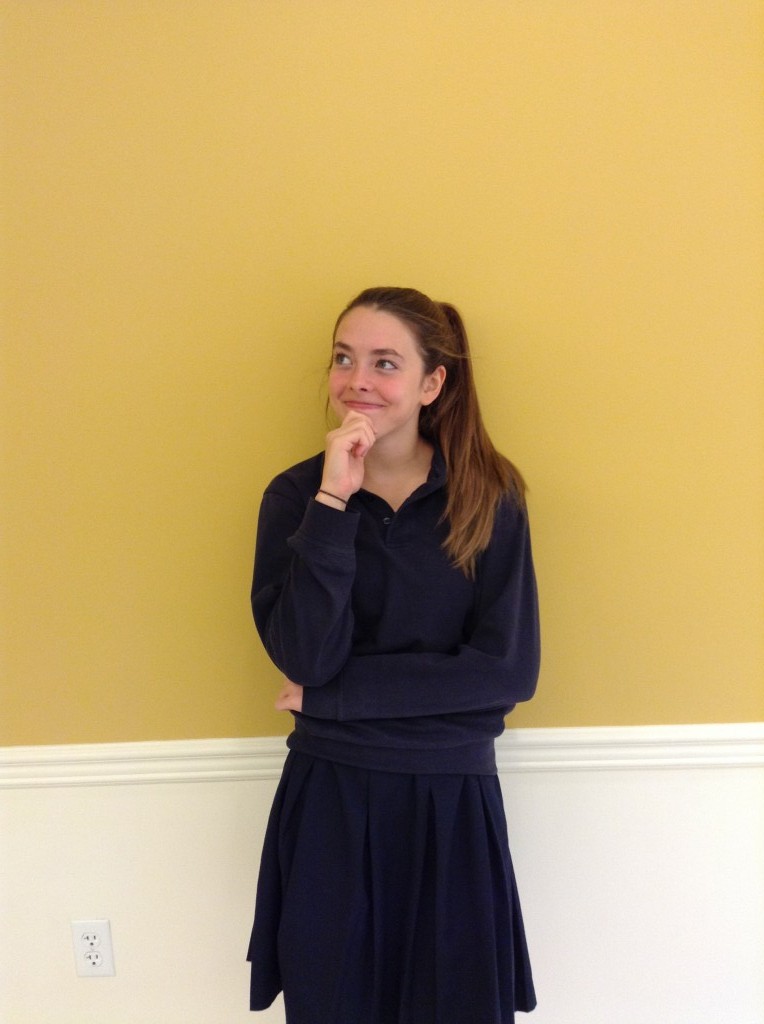 The Providence swim and dive team co-op with Osseo because of the limited amount of participants involved in this sport. White and eighth grader Brynn Lampe are the schools only divers.

“It’s fun because you can meet more people, but the commute is pretty difficult. It’s forty minutes from my house.”

White has been diving before her family moved to Minnesota when she was in sixth grade.

“In New York, we belonged to a country club and I learned to dive there. I switched from playing soccer to diving with the school.”

In eighth grade, White began diving with the Providence/Osseo team. Ever since then, she has been a standout performer.

Diving and swim meets occur at the same time, but the methods of judging are completely different.

“For dual meets you have a six dive list and three judges give you a score. There is a different degree of difficulty for each dive; The harder your dive is, the more points it will be,” states White.

Once White is finished with her series of dives, all of her points are added up and put towards the team score.

The divers have only lost to Blaine this season. At an invitational, White came in seventh place out of thirty-five divers.

Looking ahead into sections and state, White is setting goals preparing for what is to come. The top forty divers make it to state, and Megan is working to be one of them.

“I really want to go to state, but it will be almost impossible because of all the good Wayzata girls,” states White.

The next dive meet is Thursday the 26th, against Centennial. Cheer on the swim and dive team in their final weeks before sections.