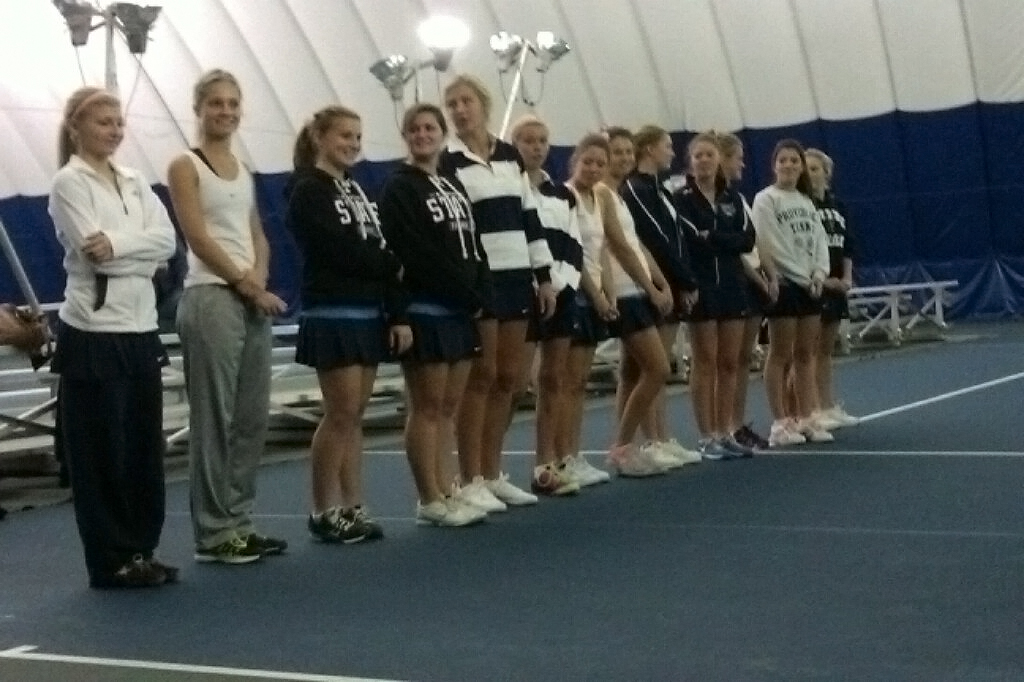 The girl’s tennis team finished their last team match on Wednesday October 23rd. Their last match was at the state consolation final, where they lost against Foley with a final score of 2-5. This left the girl’s team at 6th place in the state tournament.

The team finished the state tournament with one win and two losses. Their first match was a close 3-4 loss against Rochester Lourdes. This was followed by their 4-3 win against United South Central at the consolation semi-finals Tuesday night. The girls then lost their final match against Foley the next day. Frances Chiristianson ’15, reflecting back on the tournament, says “We played hard and left it all out on the court, and that was our goal.”

Looking back on the season as a whole, the team had a regular season record of 8 wins and 5 losses, followed by a victorious 3 wins and 0 losses at the Section 5A tournament, becoming section champions. This record, combined with their state record of 1 win and 2 losses, leaves the team with an overall record of 12 wins and 7 losses.

Frances Christianson ’14, when asked about he season as a whole, says “I’m proud of how we played, and that we got to state – that’s a big deal in itself.”

The girls team also sent two competitors to the Individual State Tournament. Clare Carney’14 and Lauren Athmann’15 competed as a doubles team and Eva Sullivan ’14 competed as a singles player, where she lost in the first round.

Carney and Athmann advanced to the second round, where they were defeated by a Breck doubles team, who were ranked number one at the beginning of the competition.

After sending three individuals, and the team to state, this season was a successful one.

Another highlight of the season is when the girl’s float won the first prize at half-time at Homecoming Football game.

So whether you saw the girls play on the court or saw their winning float, this season is a great end to the six seniors, and a great example for future seasons.