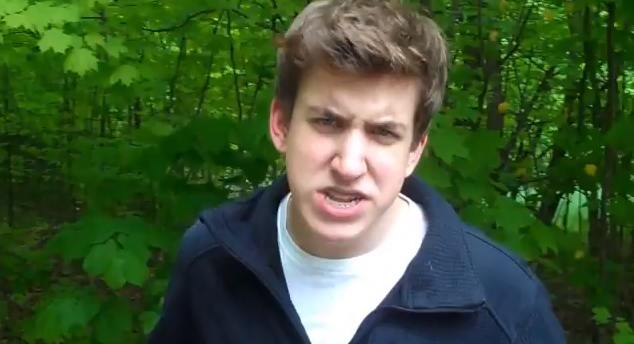 Austin Duncan ’16 has been filming and writing scripts for random videos to entertain his family since he was a five-year-old. However, he didn’t start his official YouTube channel, [Austin Swim], until he was 14.

Duncan’s cousin has even joined him in some of the videos, adding to the humor. One of Duncan’s videos, featuring his cousin, has over 8000 views.

Duncan says he has always been interested in creating arts and entertainment multimedia, and he is very serious about the future of his YouTube channel.

He has a part onstage of the school play, The Imaginary Invalid, which he will be performing in on November 8 and 9. He is known throughout the PA Sophomore class for his channel, and everyone talks about his videos and anticipates watching the new ones.
How long does it usually take to make a video?
“For the music video parodies, it usually takes a day to record the music and to film the video and usually another full day of editing afterwards. The longer videos can take up to three days to film and even longer to edit.”
Why do you make videos?
“I really like to make people laugh. If I can make someone’s day a little better by one of my videos, then I’m happy.”
How do you come up with ideas?
“I try to look at pop culture from a comedic point of view, and when I come up with something that makes me laugh, I start writing. If I can write something that makes my friends and I laugh, I start filming.”
Which video was the most fun to make? Why?
“The most fun video I’ve ever made would have to be “Ties to a Killer: The Worst Action Movie Ever” because I had a hilarious time filming it with my cousin. I’ve realized the more fun I have filming, the better the video.”
Here are a few more of Duncan’s creations:
http://www.youtube.com/watch?v=drCGwW-oL7U
http://www.youtube.com/watch?v=skFcyFWRlkU