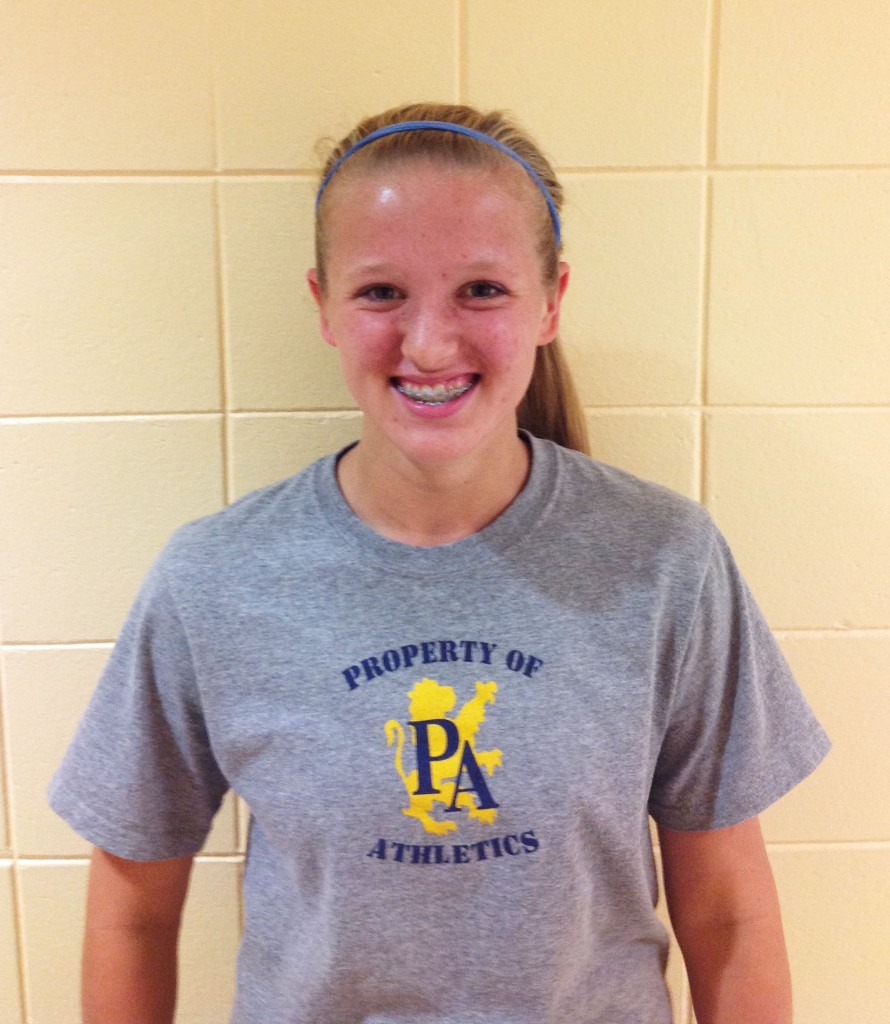 You may not expect a 14-year-old girl to be a starter on a Varsity soccer team, but Ellie Schneider ’17 is defying the odds, starting as PA’s girls soccer’s goaltender.

Schneider has been playing soccer for eleven years. Of those eleven years, she has been starting on varsity with the Providence Academy girls’ soccer program for two seasons.

Schneider takes on the role of goal tender when playing for PA, but plays center midfield for her premier summer team. In the past she has played for Maple Brook Soccer Association and ODP, which stands for Olympic Development Association.

On average, Schneider practices for two hours a day during the summer, and during the high school season, 10+ hours a week.

The PA girls soccer team had a regular season record of  7-8-1. For four of those games, Schneider didn’t allow any goals to be scored on her, allowing her team to take a shutout win.

“It’s fun!” she said when asked what it is like playing on the varsity soccer team. “The people are nice and it’s a great challenge.”

For the 2014 season, beginning her sophomore year and third year overall playing for varsity, Schneider will be the youngest captain of the soccer team, alongside  Monica Luxem ’15 and Rachel Mohrman ’16.

Schneider stated of the team’s goals going forward, “Our team goals for next year are of course to make it to state, but also to grow as a team.”

Ellie is looking forward to her future with the PA girls soccer team, and for her future as an emerging soccer star.