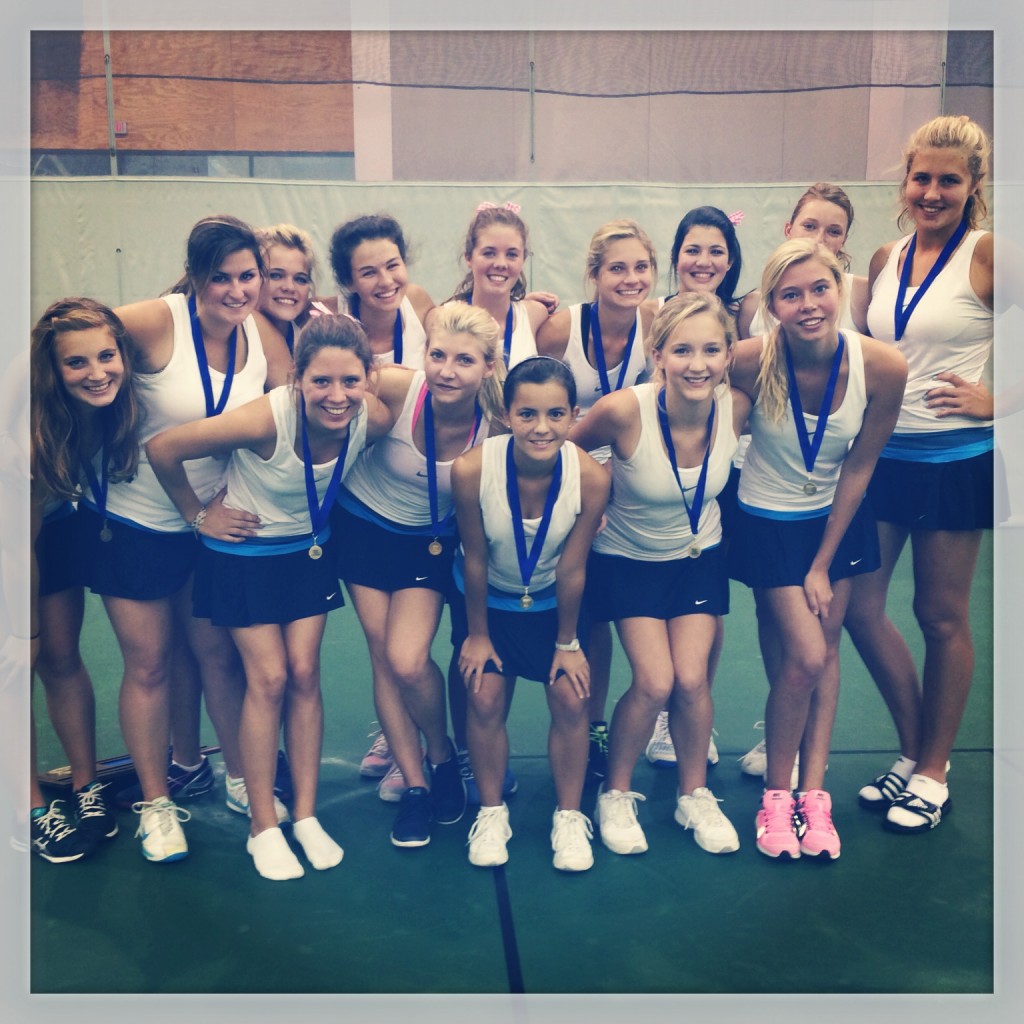 Providence Academy’s girls tennis team is playing in the State Tournament after success in the Section Tournament.
The road to the most highly anticipated tournament for girls tennis was a smooth one for the PA team. The team had to first beat Belgrade-Brooten-Elrosa High School and Glencoe-Silver Lake, sweeping both matches 7-0. The final match, against Holy Family Catholic High School, decided if the team was going to move onto the State Tournament.
Earlier in the season, the girls narrowly beat Holy Family, 4-3. Luckily for the Lady Lions, the section match wasn’t as close. Beating them 6-1, PA’s girls tennis not only became section champions, they also earned themselves a chance to win a team state title in the State Tournament.
PA girls tennis before the tournament was ranked 7th as a team. Their first match was held at the Reed-Sweatt Family Tennis Center in Minneapolis on Tuesday, October 22 against Rochester Lourdes High School, who is ranked 3rd, according to the Minnesota Tennis Coaches Association website. The PA girls were narrowly defeated by Rochester Lourdes, 3-4. Highlights include Clare Carney ’14 and Lauren Athmann ’15, gaining the first victory of the day, Eva Sullivan ’14, pulling off an impressive win against the number 2 individual seed in the upcoming individual state tournament, and Emily Prom ’14 after a long match, took the final win.
Despite losing the quarterfinal game, the girls rebounded and were able to win against United South Central High School, with a final score of 4-3. On October 23, the girls will be competing at noon for the consolation final.
The tennis action doesn’t stop there. Sullivan will be competing as a singles player, and Carney and Athmann will be competing as doubles partners for a chance to win a state title at the individuals State Tournament.
For Sullivan, this will be her 5th time making an appearance in the tournament as a PA tennis player. It is her 2nd time with her team and her 3rd time individually. In 2011, Sullivan and her sister, Elena Sullivan ’12, came out of the State Tournament as the doubles champions.
Fast forward to 2013. Sullivan says her goal is to “personally make it farther than last year individually”.
Carney and Athmann have only just recently started playing as doubles partners, but have already found success.
“Surprisingly, BBE [Belgrade-Brooten-Elrosa] was a difficult team to beat, not because the girls we played were very good, more because I wasn’t at my best that day,” Carney said of sections. “The last two rounds were fairly easier for Lauren and I. The score was 6-1, 6-0 for both matches, and we finished each one in less than an hour. We were on fire!”
With the season coming to an end, the girls’ state fate will soon be revealed.
“Whether we win or lose, I want us all to feel like we gave it everything we had, and be proud of ourselves no matter how we place,” said Carney.
Daniel Tawil contributed to the reporting and writing of this story.