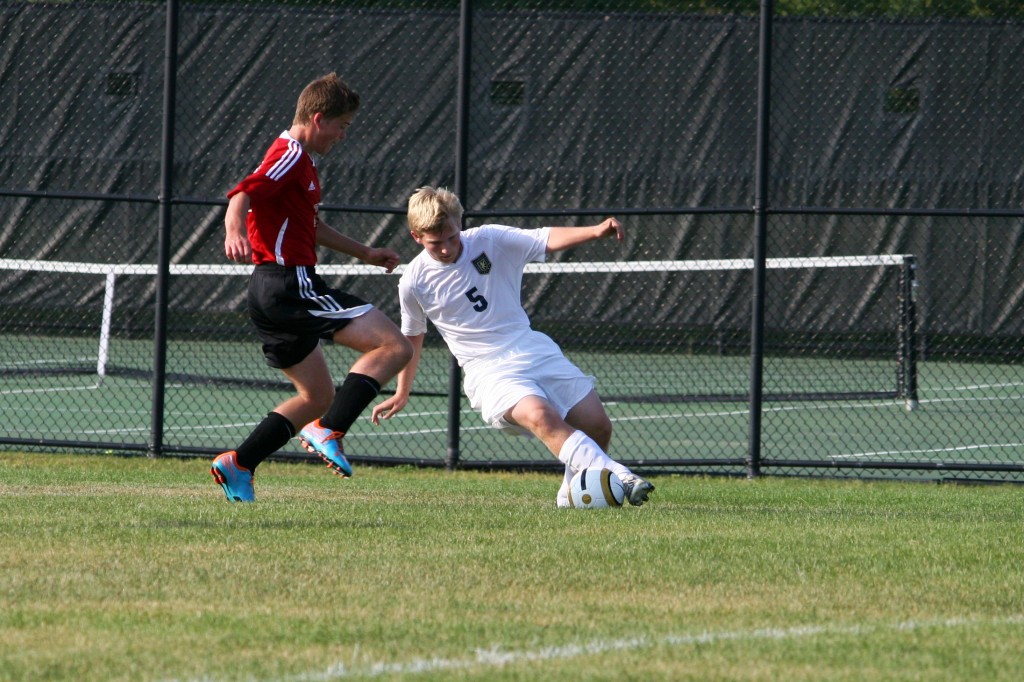 On October 8th, the PA boys soccer team walked onto the field to play what would be their final game of the season against Delano High School.

The Lions were seeded 9th in the section 6A tournament bracket, and Delano was seeded 8th.

The score remained 0-0 until two minutes left in the first half when Delano scored the first, and only, goal of the night.

Heading into their first sections game, the boys believed they were prepared for what Delano had to offer. After many rigorous practices, the team had a positive outlook for the game ahead.

“Preparation had gone the same as always,”  Nick White ‘14 reflected. “We were finely tuned as a whole and every player could predict exactly how the other would react to a certain play. None of us imagined it would be our last game, nor were we even prepared.”

The boys believe that the score did not reflect their performance.

“Our last game was very unfortunate. We were dominating the entire game and had many opportunities to pull of the W, it just didn’t click,” stated Sebastian Brown ‘13.

Luke Ziesmer ’14 agrees that the overall pace of the game was dominated by the Lions.

“We played well both halves but we got unlucky in the first with their goal,” said Ziesmer. “The only thing we could have done better would be finishing our scoring chances.”

When the last whistle blew, the reality that the season was over quickly hit the players. Eight seniors’ high school soccer careers were over, and the remaining teammates now have to wait 10 months to play again.

“Emotions ran high. As a senior I never imagined it would hurt as bad as it did. I don’t think it was just being a senior, but the brothers my teammates had become,” said White.

Comradery is evident within the team.”Whenever I had a bad day at school, I would forget about it at soccer. I will miss being with these guys six out of the seven days of the week, and leaving it all out on the field for each one of them,” stated Ziesmer.

This years’ regular season record was 8-6-2. This is a radical change from the 2011 season, when the team finished with a 1-14 record.

“Each player grew to know each other inside and out. Our record doesn’t show the degree of raw talent our team has, nor the potential we could have reached. We had to become the definition of a team Coach Brian had been looking for since his entrance into the program,” states White.

Next year, boys soccer will have eight empty spots to fill. The underclassmen will have to pick up where this year’s class left off.

Brown believes that he has tough expectations to live up to. “This year’s seniors were awesome. I learned so much from them, not only in skills but also from how most of them played with so much heart.”