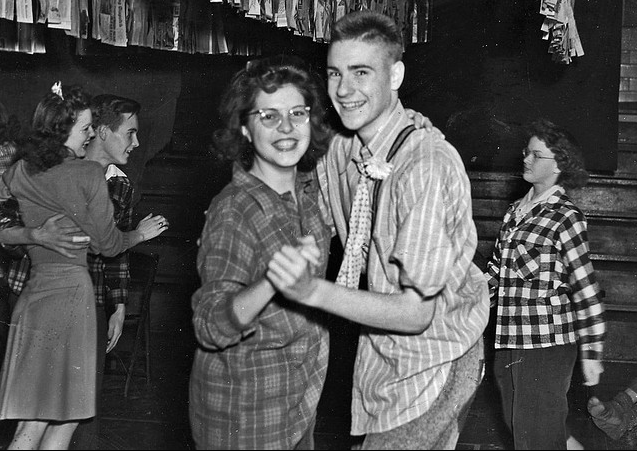 With the homecoming dance coming up this weekend, no doubt you PA students are scrambling to brush up on your dance skills, so as not to embarrass yourselves in front of the entire Upper School.

But nowadays, what would practicing your dance moves look like? Kids practicing their twerking by themselves on their bedroom walls? Checking themselves out in the mirror as they bounce up and down to a dubstep tune? Not to sound like a nostalgic 40-year old, but what happened to real dancing? You know, the tango, swing, salsa, or even disco! People used to actually face their partner while dancing, and would perform pre-rehearsed steps that had more variety than suddenly breaking up the monotony of your bounce to perform the “lawn mower”.

Maybe it’s just a lack of creativity on our part, or maybe it’s part of the overall disdain for school dances that has crept into the student body. It could be something else entirely.

However, I’m not entirely blaming this problem on the youth of today. When it comes down to it, as much as I like the current pop music, that stuff is pretty hard to dance to. Rap, dubstep, and Taylor Swift songs don’t exactly invite the same kind of dance moves as the music of our parents’ age. When a Taylor Swift song comes on at a dance, what are you supposed to do? Though I myself don’t condone it, swaying back and forth a little and dramatically mouthing the lyrics is unfortunately one of your limited viable options. Even slow dances have become this awkward swaying from side to side thing (the majority of the time anyway).

So, what to do? We don’t want to advocate for a 30-year regression of the music industry, but we also don’t want to just stick it out until the problem fixes itself. Some students (talk to Rebecca Dykhoff ‘14) get their dancing fix by attending dances and dance classes for various genres in downtown Minneapolis, but not everyone has the time or the inclination for that. I’m talking about a solution for this Homecoming dance, Prom, and all the dances in the future.

Perhaps it’s just a simple plea for creativity, for us to try to mix it up a little, channel our inner John Travolta, Olivia Newton-John, or Patrick Swayze. A school dance is supposed to be fun! So we should all try to show off our skills (however bad they are), because the only thing that’s going to come from bouncing up and down all night is sore calves the next morning.

One Reply to “Opinion: The Evolution of Dance”