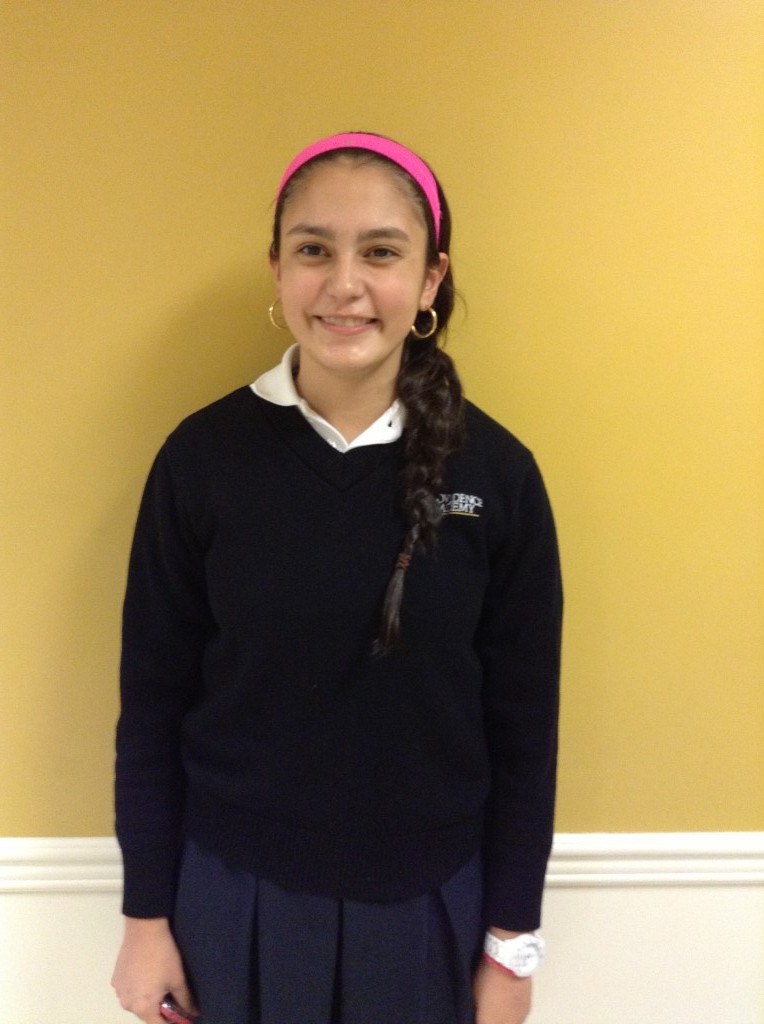 At only 15 years old Maria Agudelo ’16 finds herself a crucial player on the varsity volleyball team. With 8 years of experience and 70 inches in her favor, it isn’t hard to see why.

“I realized I was good at volleyball in gym class because of my teacher… my mom played volleyball when she was in high school.”

Since then she has remained committed to volleyball, playing an average of about 10 – 12 hours a week in the offseason.

Last year Agudelo came to Providence from Columbia and this year is her first year on the varsity team.

The middle hitter, also called middle blocker, stands front and center – most literally. In this position Agudelo sees much of the action in any given game and is expected to block whenever possible as well as react to quick sets.

“I love Maria. She’s good at what she does and she knows what she’s doing,” said Heather Leuer ‘14.

However, Agudelo is no stranger to losing. “Sometimes when I feel I give my very best I think that I can learn more things about losing.”

As a sophomore starter, Agudelo has a bright future in the sport and hopes to be recruited.