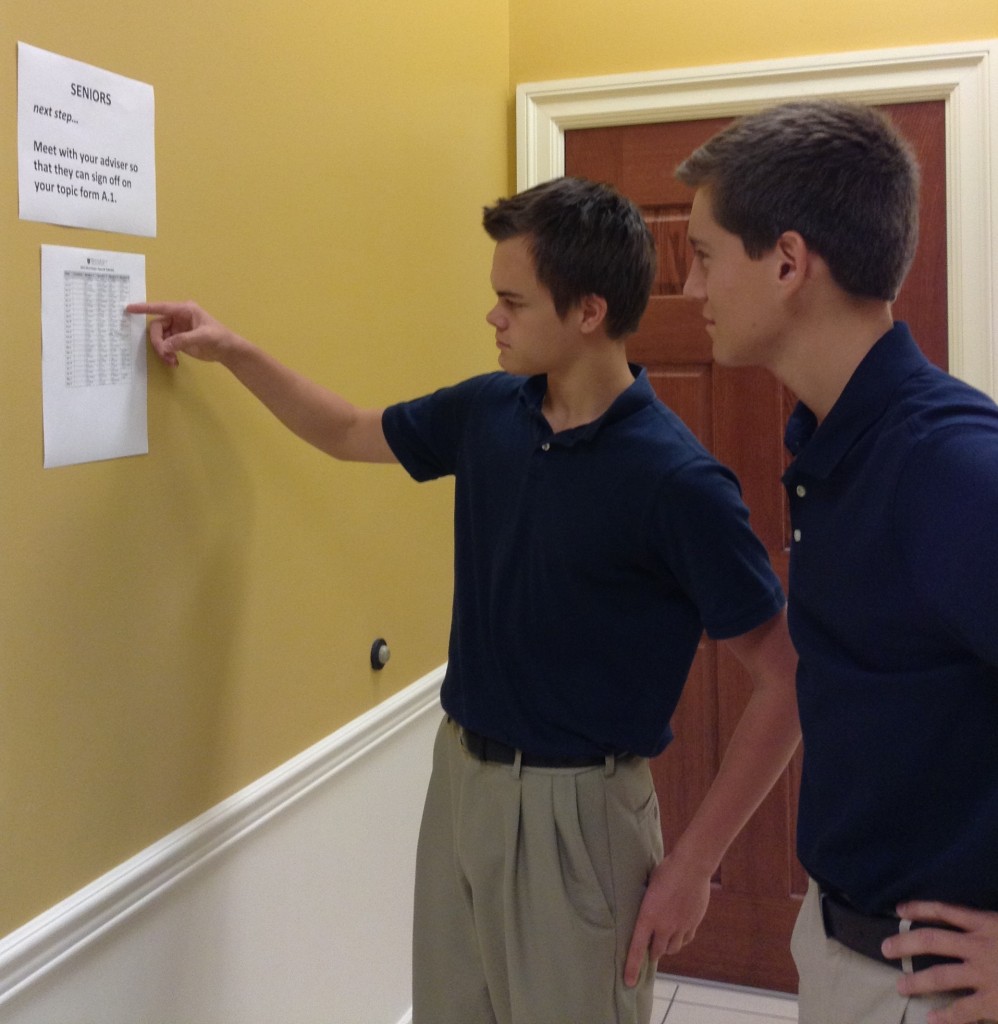 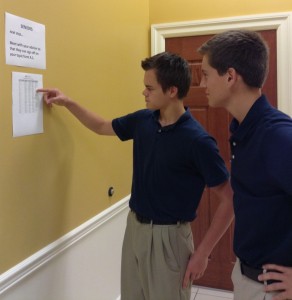 Each year, two little words can unfailingly provoke fear and unease in the mind of any senior: Senior Speeches. It’s the dreaded task each senior must perform in order to graduate, infamous within the student body.

But just what are these senior speeches, and why are they so highly feared? Is this fear even rational?

A senior speech is a 9-11 minute long oration that each senior will give on a topic of their choosing at some point during their final year at Providence. The process begins at the end of junior year, when each junior class member draws a number from a hat that determines their fate for the following year: what day he or she will deliver the speech. To quell any wayward student rumors, there is no redrawing of slips, there is no trading of numbers. If you draw the dreaded number 1, your fate is sealed.

Paige McAuliffe ‘14 was this year’s recipient of the number 1 slip.

“I’m excited just to get it over with, but mainly nervous and stressed out,” she said.

On the opposite end of the spectrum, Patrick Buehler ‘14 will be the final speaker, scheduled to give his speech in May.

“To be honest, I kind of wanted to go in the first 10,” he said. “But now I’m glad because I’m kind of inundated with work right now, so I only have to meet some very basic deadlines and then I can do all my work and speech stuff in the winter.”

Currently, the entire list of students, numbers, and speech days hangs in several places in the atrium, imposing reminders to the class of 2014.

The next step in the senior speech process is selecting a speech topic, which usually has to be done by the first week of a student’s senior year. This year the topic statements were due September 6th, and each senior received a teacher Speech Advisor and a plain white speech binder the following Monday. Now, each senior has deadlines for outlines, drafts, and clothing choices in the months leading up to his or her speech.

McAuliffe decided to get a head start on her speech writing this summer, writing an entire speech before she decided she didn’t like the topic.

“So I started over and I tried about four topics before I found the one I liked,” she said.

Though McAuliffe doesn’t wish to reveal her final speech topic, she says “It ended up being something that is a big part of who I am.”

As for the fear aspect of the speeches, senior speech facilitator Senora Lahr has this advice for seniors: “Any rumors that they’ve heard in the past about the process they need to discard. As teachers, we care about you and we want you to get it done and do well.”

She also recommends practicing the speech until the speaker has it practically memorized, because speeches that are read straight from the manuscript don’t sound as natural and aren’t as well received.

Buehler and McAuliffe also can see the benefits of the senior speech.

“I actually kind of like the idea, but that’s probably because I like giving speeches. It’s a good skill to have,” said Buehler.

“I think they’re gonna be helpful later in life,” agreed McAuliffe.  “I also think this year’s class is going to make them very interesting.”

This year, senior speeches will be during White Period on Thursdays starting on November 7th.

One Reply to “The infamous “Senior Speech”: not as bad as it seems?”