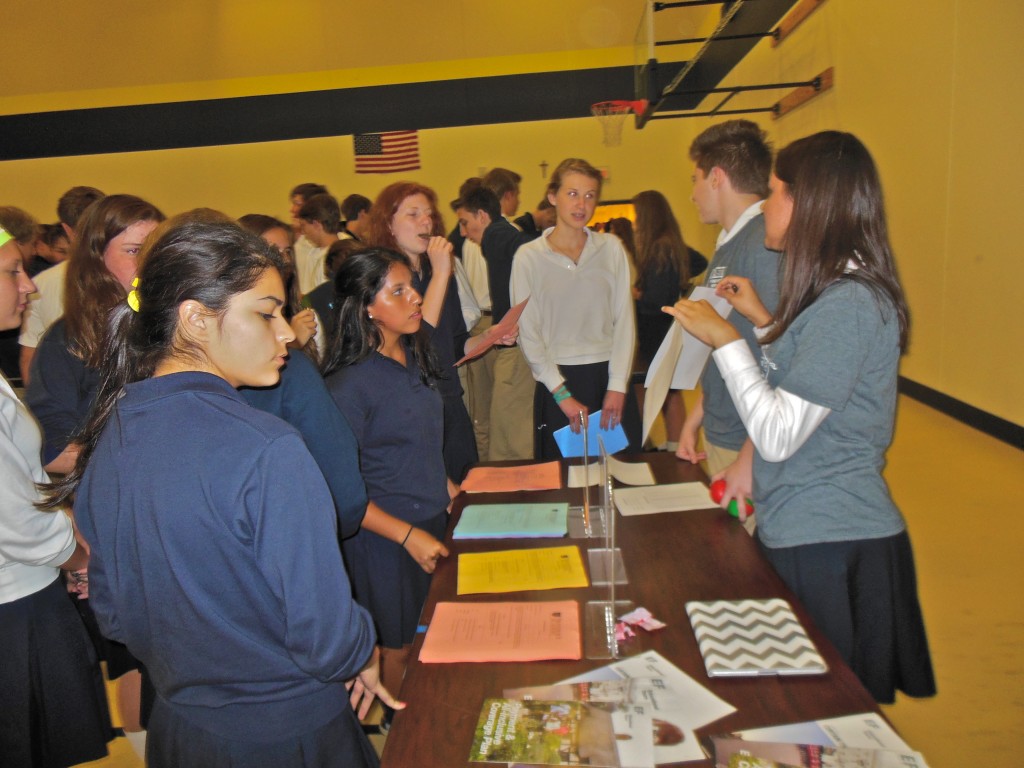 As a substitute for House, Providence’s annual club fair took place place this week in gym C. From “Sailing” to “Dead Directors Society,” students were able to attain information from various clubs.

Encompassing the perimeter of the gym, each club had a table stocked with information hoping to captivate prospective members.

“The club fair was better this year because we could walk around easier. Last year, it was way too crowded and there was no space to move,” states Liz Murphy ’16 of the fair’s improvement.

While some clubs lured in students by the promise of candy, others like the “Robotics Club” had their own approach.

On a heavier note, The Lions for Life club worked on promoting the central mission of their club.

“Our goal for this booth is to primarily get people interested, and secondly promote the pro-life message,” says Melanie Eastham ’14.

The purpose of the club fair is to facilitate the process of getting involved. Less initiative is required of those signing up at the fair, as opposed to students having to individually seek out club information.

Showing involvement in all four years of high school is important to colleges. Nick Bruno ’14 states, “Joining clubs takes learning outside the classroom. It shows you have initiative to be involved in things other than sports and academics.”

One misconception about the club fair is that it’s just meant for underclassman, and that it is too late to get involved in your later high school years.

Thomas LeVoir ‘14 says, “I was nervous about joining clubs in my younger years, but now that I’m a senior, I want to branch out. There’s no reason not to join something you want to do.”