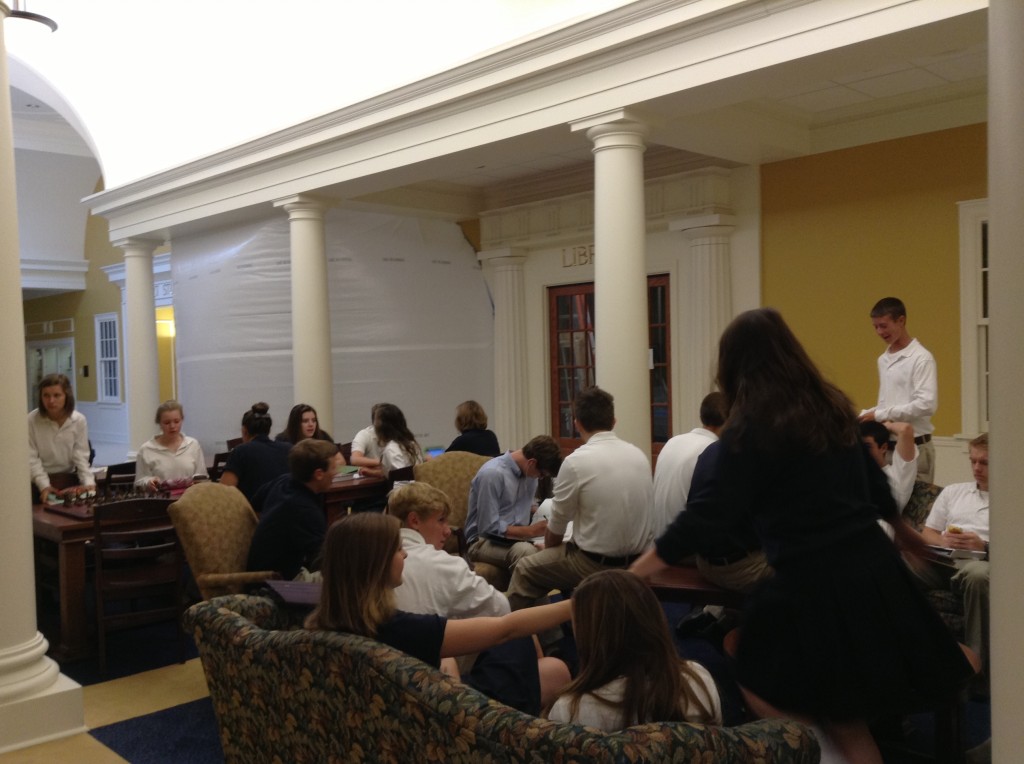 The Upper School’s most popular hangout, The Atrium, has been invaded by strangers in hard hats and the clanging noises of machinery.  The Upper School Library is shielded from view by large white tarps as construction crews work to convert the space into a new College Counseling Center, along with an area for a smaller library.

The center, one of the several ongoing construction projects at PA, will include three new offices for Upper School counselors. Mrs. Mary Sue Walker, Mr. Brian Estrada, the college counselors, and guidance counselor Mrs. Catherine Berry will move their offices to their new home in mid-October, when the project is scheduled to be complete. The administration designed the new center to be a multi-use facility with a focus on college counseling.

“I think we will serve your college needs even better,” said Dr. Kevin Ferdinandt, citing the center as one of the things he is most excited about in the new school year.

Besides college counseling, the center will still serve as a library, with books being relocated to the back wall (by the windows and furniture), as well as serve several other purposes.

“The new center can be used for larger class meetings, study halls, and computers will be available as well,” said Dr. Ferdinandt.

Students have mixed feelings about the construction in the Atrium and the possible restrictions on their use of the library.

“I never used the library much anyway,” said Vince Sellner ‘14.

“I used it extensively,” disagreed Brendon Boldt ‘14, who was often in the library after school and during study hall. “Not having easy access to the computers is really going to hurt for the rest of the year.”

While Dr. Ferdinandt has quelled rumors that the Upper School Library will be entirely replaced by the new center, students will have to wait until mid-October (or late October, as Dr. Ferdinandt predicts) to see the final product.